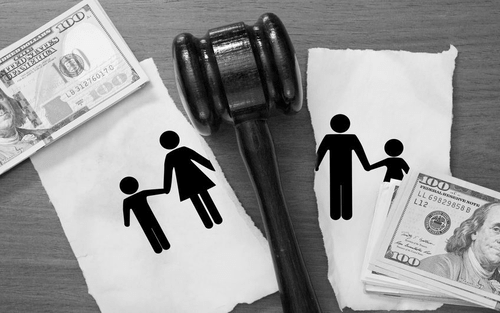 In North Dakota, a parent has to prove that a “material change in circumstances” has occurred in order to successfully modify parenting time or custody. But a material change from what point in time? Since the birth of the child? Since the time of the most recent judgment? Does it matter whether your prior judgment was based on the parents’ agreement?

To modify parenting time or custody (also known as “residential responsibility” in North Dakota), a parent must show that the modification is in the child’s best interests and a material change in circumstances has occurred.

A material change occurs when important new facts arise that were not known at the time the initial parenting time plan was ordered. A variety of “new facts” might qualify as a material change, including a parent moving residences or changing jobs, a mature child preferring to live or spend more time with the other parent, a child entering school, or a parent engaging in domestic violence, among many others.

From What Point In Time?

The time period is important, because if the material change occurred prior to the last judgment, then you’re out of luck; it can’t be a basis for a motion to modify custody or parenting time. For example, let’s say the last custody order was issued in 2016. If, in 2017, the other parent moved 50 miles away and started working the night shift, you can use those facts in your motion to modify custody. But if the move and new job happened in 2015, then you can’t use them. The time period for a material change can make or break your case.

What If The Prior Order Or Judgment Was Based On Our Agreement?

If the prior order or judgment was based on the parties’ agreement (also known as a “stipulation”), then the time period for the “material change” might be very different. Very often, custody and parenting time issues do not go to trial; they are settled by the parents beforehand. When this occurs, the parents enter a “stipulation,” which is their agreement to settle the issue.

The issue of the time period for material changes after a stipulated judgment was first addressed by the North Dakota Supreme Court in 1995, in a case titled Wetch v. Wetch. In that case, the parents had two children and were divorced in 1993. Their divorce judgment was based on their stipulation, and it granted the mother custody of the children with parenting time to the father. In April 1994, the parents amended the judgment, again by a stipulation, but custody remained with the mother. In September 1994, the father sought to modify custody and was successful after a trial: the court granted the father custody. During the trial, the court refused to consider any evidence prior to the April 1994 amended judgment. On appeal, the North Dakota Supreme Court declared that this was incorrect.

The North Dakota Supreme Court reasoned that when a prior order or judgment is based on the parties’ stipulation, then the court has never really made a custody determination based on its own findings. There hasn’t been a trial, evidence hasn’t been presented, arguments haven’t been made, etc. Therefore, all evidence on custody should be allowed, including evidence prior to the judgment.

The Wetch case, and many after it, only addressed custody modification. But what about parenting time modification? Does the same principle apply? The North Dakota Supreme Court has issued a number of decisions which reveal that it does. The Court has ruled that when a custody judgment is based on the parties’ stipulation, then a parent who seeks to modify parenting time can present facts that occurred before the judgment.

Many aspects of modification of custody and parenting time, like those mentioned in this article, are complicated. Having an attorney to assist you could make the difference between success and failure. To speak with an attorney about your family law case, call the SW&L family law team at 701-297-2890 or email us via the contact form below.