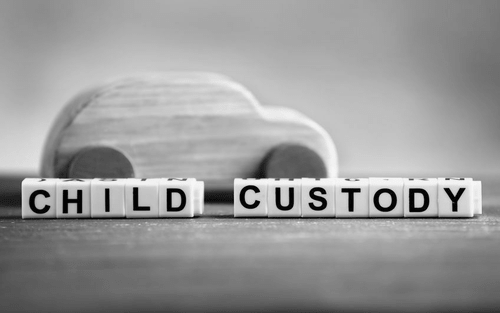 There comes a point at which, if a parent’s time with a child is increased enough, that parent will become the “custodial parent.” In some states, there is no ambiguity on this threshold. For instance, in North Dakota, a parent has primary custody of a child when the child spends more than 50 percent of the overnights in a two year period in that parent’s home. In Minnesota, the line isn’t so clear, but it’s important: modifying custody is a much more difficult prospect, with different standards and burdens of proof.

“Joint physical custody” means that the routine daily care and control and the residence of the child is structured between the parents.

If a parent increases her parenting time from, say, 30 percent of the year, up to 40 percent, then to 46 percent, etc., eventually, she will modify the custodial arrangement from the other parent having “sole custody” to the parents sharing “joint custody.” This is known as a “de facto” custody modification, or modification occurring “automatically” or “in effect.” Perhaps a good metaphor is mixing paint colors: as you slowly add white paint to red, at some point it will definitely become pink, but knowing the exact moment it changes from red to pink is a bit more difficult.

If the change a parent seeks is viewed as a modification of parenting time, she must only show that the change is in the child’s best interests. But, if it’s viewed as a custody modification, then she must prove that the child’s health is endangered by the current custodial arrangement and that the change in custody is in the child’s best interests. Modifying custody requires a much more difficult burden of proof, and therefore, it is vital to understand the difference to assess the likelihood of success and to properly prepare for the evidentiary hearing.

This has implications for child support as well: a parent’s child support obligation might drop by a large amount, cease completely, or the other parent might have to start paying, if the Court determines that the parents have “joint” custody, instead of “sole” custody to one parent.

How Can I Tell?

Is there a way to tell for sure whether your motion is truly for a modification of parenting time vs. custody? The Minnesota Supreme Court has given some guidance on this. Overall, the question is whether the proposed modification is a “substantial change that would modify the parties’ custody arrangement.” The Court will consider facts like how much parenting time each parent had previously and how much they’ll have if the motion is granted, the child’s age, the child’s school schedule, how far apart the parents reside, etc.

A district court cannot determine that a motion is a de facto modification of custody or only a modification of parenting time solely on the basis of the amount of parenting time each parent will have. In fact, that’s a reversible error. Meaning, a Minnesota appellate court will reverse or remand the case for a do-over. District courts must look at the “totality of the circumstances” to decide whether custody would be modified by the moving party’s requested change.

A parent asking the court to increase parenting time from 38 percent to 44 percent when the parents live in the same neighborhood, the child is 12, and he won’t have to change schools, etc; that’s probably not a motion to modify custody. The parent in this situation must simply prove that the change is in the child’s best interests. But, if the parents live an hour from each other, and the entire change would occur during the school year such that the child would have to change schools; that would probably be a custody modification.

There’s a good amount of gray area in many of these kinds of motions, and a parent’s likelihood of success will depend largely on how well he or she is able to present and argue the case. Call the SW&L Attorneys Family Law Team at 701-297-2890 or email us via the contact form below if we could be of assistance to you with this, or other family law matters.