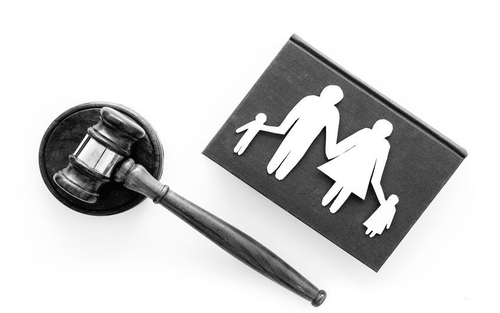 Like many states, North Dakota has a long history of allowing certain adults who are not biological parents of a child to gain custody or visitation rights to the child. This right might be granted to a grandparent with a long history of frequent contact and communication with a grandchild, or a biological parent’s boyfriend/girlfriend who has lived with and helped raise a child for many years, as a few examples.

This principle wasn’t created by legislation; there was none. The right sprang from common law (law established by the consistent precedent of courts), in North Dakota Supreme Court decisions going back at least 50 years. However, in 2019 the North Dakota legislature enacted the Uniform Nonparent Custody and Visitation Act which altered and formalized the method of granting custody to a nonparent.

The North Dakota Supreme Court has afforded nonparents a legal means of obtaining custody or visitation of a child for many years. Initially applied very narrowly, the Court recognized that parents’ rights are superior to any other person, and although the right is not “absolute,” the judiciary is “reluctant to remove a child from the parent’s custody” unless it is “necessary to prevent serious detriment to the welfare of the child.”

Eventually, the rule became: when a person becomes a psychological parent for a child, by providing daily care and developing a close bond, and the child turns to that person for love, guidance, and security, then the psychological parent can be awarded custody or visitation to prevent serious harm or detriment to the welfare of the child. It was a high bar: 1) the nonparent must have a strong and consistent history of parental-type conduct, 2) the child must treat the person as a parent, and 3) denial of custody/visitation to the nonparent must be so detrimental that it would result in serious harm to the child.

Many other states formed their own rules on nonparent custody/visitation, through legislation or common law, and a considerable disparity resulted.

Some states enacted legislation or formed common law similar to North Dakota. Some states developed vastly different nonparent custody/visitation law. And some states did not grant nonparents any type of visitation/custody rights. In 2000, the U.S. Supreme Court was forced to set some outer-limit on nonparent rights, holding that Washington’s nonparent visitation statute was unconstitutional because it placed no limits on the persons who could seek visitation or the circumstances in which their request could be granted.

It became increasingly clear that some manner of guidance and uniformity to the states was necessary. In stepped the Uniform Law Commission, which is a national conference of attorneys, judges, and legislators who are appointed by state governments to research, draft, and promote uniform laws. The ULC drafted the Uniform Nonparent Custody and Visitation Act, which was approved for enactment in all 50 states (although not yet enacted in all states).

In 2019, North Dakota enacted the Uniform Nonparent Custody and Visitation Act (“UNCVA”). UNCVA provides a framework for nonparent custody and visitation, and uses some different terminology than the common law “psychological parentage” rule, although some of the principles of UNCVA echo those from psychological parentage. “Consistent caretaking” or “substantial relationship” ideas remain, as well as the requirement that denial of visitation to the nonparent result in “harm to the child.”

In order to obtain custody or visitation, a nonparent must prove:

1. Custody or visitation to the nonparent is in the best interest of the child.

2. That one of the following two elements is true:

a. The nonparent is a consistent caretaker, or
b. The nonparent has a substantial relationship with the child, and denial of visitation/custody would result in harm to the child.

UNCVA does provide definitions for these terms. A “consistent caretaker” is a nonparent who has lived with the child for at least one year, regularly cared for the child, made day-to-day decisions regarding the child, and established a bonded and dependent relationship with the child. Further, the nonparent must have done these things without expectation of compensation (therefore, a babysitter or nanny would not qualify).

A “substantial relationship” is formed when the nonparent has a familial relationship with the child, whether biological (think grandparents, uncles, aunts, etc.) or legal (think stepparent), and a significant emotional bond exists between the two. Again, the nonparent must have done so without expectation of compensation.

If a person can prove either of these things: “consistent caretaker” or “substantial relationship,” then he/she may be granted custody or visitation if the nonparent also proves it is in the child’s best interests.

A few other noteworthy provisions of UNCVA:

The Uniform Nonparent Custody and Visitation Act is a new law, and therefore there is little information or guidance for unrepresented persons to find online or from family and friends who have experienced a similar case. Thus, having an attorney to assist you with nonparent custody and visitation is essential. To speak with an attorney about this or other family law issues, call the SW&L family law team at 701-297-2890 or email us at info@swlattorneys.com.