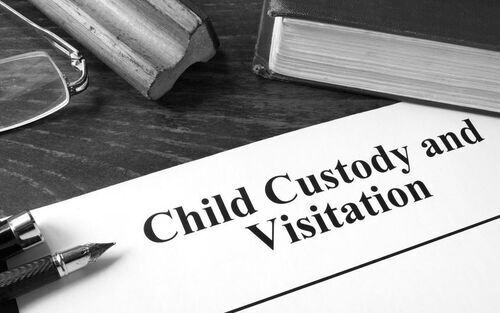 It’s not common that, without an agreement of the parents, a court grants custody to a parent based on the condition that the parent resides in Minnesota. It happens, but not very often. You might imagine a situation in which a parent clearly shows the court that it’s in the child’s best interests that the parent is granted custody, but at the same time, it’s clear to the court that the child’s presence in Minnesota is fundamental to the child’s wellbeing. So fundamental, that it trumps the other factors the court considers when determining custody. Perhaps the child has lived in Minnesota for the child’s entire life, all the child’s friends and family live in the state (and the child is deeply attached to these people and relies heavily on them for stability and support), the child has important employment, education, sports and extracurricular activity, and other opportunities in Minnesota, etc. Perhaps the child receives specialized and vital medical or mental health care in Minnesota.

Whenever custody is granted to a parent with the condition that the parent remains in Minnesota, whether by the court’s decision after a contested trial or by the parents’ agreement, this is known as a “locale restriction.” A locale restriction has important implications for a custodial parent’s future requests to move out of state; implications which differ from a typical request to move out of state.

Typical Requests To Move Out Of State

In a common case, when a custodial parent wants to move out of Minnesota, the request is governed by Minnesota Statute section 518.175 subd. 3. This statute requires the court to consider a non-exhaustive list of eight factors:

Many of these factors mirror the traditional Minnesota best interests factors which are considered by the court in many custody and parenting time matters, including the initial custodial determination and modifications of custody and parenting time. Some, however, are carefully structured to address the specific issues that arise when a custodial parent moves out of state.

However, when a parent seeks to move out of Minnesota when a locale restriction is present in the judgment, a different standard applies.

This issue was considered by the Minnesota Supreme Court in Goldman v. Greenwood. In that case, the mother, who had sole physical custody of the parties’ child, sought to move to New York. Backing up a bit, the court previously denied the mother’s request to move with the child to Boston during the parties’ divorce roughly seven years prior, but still granted her custody – contingent on her remaining in Minnesota. When the mother brought a motion to move with the child to New York, the Minnesota Supreme Court was confronted with the issue of which standard to apply to the request; whether the factors listed in Minn. Stat. § 518.175 (listed above), or something else.

The Goldman Court determined that Minn. Stat. § 518.175 does not apply when a locale restriction is present. Instead, the standard in Minn. Stat. § 518.18(d) applies, which is the standard applied in custody modification cases. Why is this important? Because 518.18(d) is a heightened standard; a much more difficult hurdle to overcome. In addition to proving that the move is in the child’s best interests, the parent must also prove that “the child’s present environment endangers the child’s physical or emotional health or impairs the child’s emotional development and the harm likely to be caused by a change of environment is outweighed by the advantage of a change to the child.”

In other words, the Goldman Court made out-of-state moves much more difficult for custodial parents when the parent’s custodial status is subject to a locale restriction. It did so by requiring the parent to prove that not moving out of Minnesota endangers the child, in addition to proving that the move is in the child’s best interests.

A motion to move out of state is complicated and requires specialized family law expertise, especially in cases involving a locale restriction. Thus, having an attorney to assist you with these issues is essential. To speak with an attorney who can help with this type of a case, or other family law cases, call the SW&L family law team at 701-297-2890 or email us at info@swlattorneys.com. 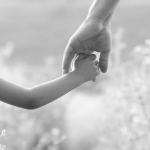 What Are The Best Interest Factors And How Do They Apply?