Home / Blog / Criminal Defense / Who Let The Dogs Out?
4.8 Read Our Reviews 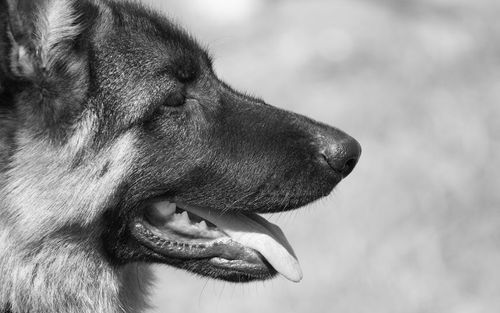 You and your friend leave a house party after an intense game of Scrabble. The party was nice, and some even considered it “bumpin.” As you are hitting the interstate, you get stopped by a law enforcement officer. The officer thinks you seem nervous and asks if you will let him search your vehicle. You, like any innocent person who doesn’t like the government in his or her business, simply tell them that the glove compartment is locked, so is the trunk in the back, and you know your rights, so he is going to need a warrant for that.

You say no, and when he says he is going to go back to write you a warning or ticket, the officer calls to dispatch and requests a canine handler. 20 minutes later, another squad car shows up, a drug dog jumps out, and they run the dog around your vehicle. During that time, you realize that you didn’t finish the marijuana you brought over to the Scrabble party. From that point on, you are freaking out, man. The drug dog “hits” on your vehicle, suggesting drugs are present. The cops search your entire vehicle, and, despite your best efforts, they find your mary jane. You go to jail. How can the police even do that?

Under North Dakota, Minnesota, and federal law, it is not a “search” of your vehicle when law enforcement brings a drug canine to sniff your vehicle. Because of this, law enforcement can conduct a dog sniff of your vehicle so long as it does not prolong the traffic stop, outside the length it typically takes to complete a traffic stop and issue a ticket or a warning. If it does take longer, they need to have “reasonable suspicion” that you are engaged in unlawful activity. The same is true for “expanding the scope” of the traffic stop, which is when cops start questioning individuals or taking other action beyond regular duties for a traffic stop. In North Dakota, regular traffic stop duties include requesting the driver’s license and registration, requesting that the driver steps out of the vehicle, requesting that the driver waits in the patrol car, conducting computer inquiries to determine the validity of the license and registration, conducting computer searches to investigate the driver’s criminal history and to determine if the driver has outstanding warrants, and making inquiries as to the motorist’s destination and purpose.

What Is Reasonable Suspicion?

What kind of things cause reasonable suspicion, you ask? Standard observations that lead an officer to develop reasonable suspicion of illegal activity are nervousness, inconsistent statements, and trip plans, items in the vehicle that suggest one is involved in the drug culture, and other signs that alone seem harmless (because they usually are), but together with other observations may increase the officer’s suspicions. But, just because one or more of those signs are present, it doesn’t mean they can just bring the dog to your vehicle. It just depends on “the totality of the circumstances” surrounding the stop. In short, it is very fact-specific and dependent on individual circumstances.

So, what does this all mean? It means that a police officer can walk his narcotics-detection dog around your car, as long as he/she: 1) has reasonable suspicion that you are engaged in unlawful activity, and 2) develops his/her observations, that amount to reasonable suspicion, while he/she is performing the normal duties of an officer during the traffic stop. If the dog “hits” on your vehicle and notifies the police officer that there might be contraband in the car, the officer can perform a search of your vehicle, including the trunk, without a search warrant. However, if the traffic stop has already been completed, or the officer is acting outside of his normal traffic-stop duties, the police officer needs reasonable suspicion to allow his drug dog to walk around your car.

If the officer doesn’t have reasonable suspicion, or if he/she releases the hounds after the purposes of the stop are completed, then your Fourth Amendment rights have been violated. A judge would make that determination, and, if the judge finds the officer violated your right to be free from unreasonable searches and seizures, then the evidence they found as a result of the dog sniff must be suppressed, meaning they cannot use that evidence against you. If the evidence is drugs, and they can’t use the drugs, they don’t have a whole lot on which they can hang their hat.

If you have a criminal issue in North Dakota, including DUI, please do not hesitate to call our Criminal Defense Team in Fargo at 701-297-2890. This article is only meant to provide general information and does not in any way constitute legal advice.