Home / Blog / Criminal Defense / I Wasn’t Even Driving: Getting A DUI Without Moving Your Vehicle
4.8 Read Our Reviews

A couple of the most common things that you will read on billboards and electronic signs throughout a year are “Don’t Drink and Drive” and “Drive Sober or Get Pulled Over.” Which, while good advice, actually doesn’t end your risk of potentially getting arrested for DUI. While quite a few people don’t know this, you can, in fact, get arrested, convicted, and your license can be suspended in North Dakota for Driving Under the Influence even if you were not driving your motor vehicle. This offense is called “Actual Physical Control,” and is the equivalent of being arrested for driving your vehicle while impaired. What does being in actual physical control mean, you ask? Well, here is a comprehensive breakdown of the laws pertaining to actual physical control in North Dakota.

The North Dakota Supreme Court has defined that someone is in actual physical control of a motor vehicle when they are able to manipulate the vehicle’s controls. A person must have real, and not hypothetical, bodily restraining, or directing influence over the vehicle’s movements or machinery. So, this means that in order to be guilty of APC, you need to have your keys in the ignition and the car started, right? Not so fast, my friend.

While you would think it would be very difficult to be able to have real, not hypothetical, control of your vehicle if you can’t turn it on, in North Dakota the location of your car’s keys is only one factor to consider. Instead, the Supreme Court has determined that, for purposes of the charge of APC, your guilt does not solely depend on the location of the ignition key. The location of the key is one factor, among others, for a judge, a jury, or a hearing officer to consider. On top of this, someone possessing their vehicle keys is not necessary to support probable cause for an officer to arrest you. Which in simpler terms means, even if a jury might not convict you, the police can still arrest you without the keys, period.

Now, if you are sitting at your computer saying “no way you should be guilty if you can’t even drive the thing,” I have two things to say to you. First, if you feel that way, hopefully, a jury would agree with you, too. Second, buckle up, you are going to be in for quite the read if this section has you riled up.

Your Vehicle Does Not Need To Be Operable, And You Don’t Have To Intend To Drive, To Be In APC

This is because actual physical control has developed to include vehicles that are inoperable at the time, so long as the temporary impediment, i.e. the reason the car was inoperable, could be fixed and the person could have then attempted to drive. Which leads me to my next point, which is an important one.

The offense of APC is really the only law that criminalizes the possibility of someone doing something without having to attempt to do it. I would equate it to being guilty of an equivalent crime for burglary because you have a crowbar and a ski mask in your vehicle. You could use them to burglarize something, but you haven’t attempted to yet. Some of the cases I have linked to above, obviously, involve people that had to have driven somewhere because they ended up stuck in a ditch, or ran out of gas, or whatever the facts may be. But the reality is these are typically the outlier actual physical control cases.

It is more common when dealing with this specific prong of DUI law that someone is parked and sleeping in their vehicle. Their car is usually running, especially in the winter when it is cold out. And, a lot of times in those circumstances there is a reason they were passed out in their vehicle: because they actually didn’t want to risk driving drunk and were trying to sleep it off.

Point being, often times those arrested for APC aren’t intending to drive drunk. That does not matter. In our state, whether or not someone ever intended on driving their vehicle is not a factor. The fact that you are intoxicated and have the ability to manipulate your vehicle to get it to go is enough to get arrested for this crime. But at least you actually have to be on public property to get in trouble, right? Uh oh, I guess you didn’t see the next headline.

As a result of the Supreme Court’s interpretation of N.D.C.C. § 39-10-01(2), cases have been upheld when individuals have been in actual physical control of their motor vehicle in a private parking lot, in a private field, and even in their private farmyard. With these holdings, a question not yet addressed by our courts is whether you can be in actual physical control of your vehicle in your private driveway. While the prior cases would suggest that you quite possibly could be, it is not that simple.

One possible protection from this happening is that private driveway is specifically defined in the North Dakota Century Code. Because of this, the specific definition, which requires the owner of the property to give someone express or implied permission to be on it, can override the general “and elsewhere” language of the other statute. Otherwise, it makes it a little scarier for you if you enjoy drinking beer in your garage and the cops show up, doesn’t it?

So I Got Arrested For Actual Physical Control. Am I Out Of Luck?

Well, if you combine all of these factors together, you would think that you could be guilty of APC when you are intoxicated at a bar, without intending to leave, but being able to start your car, even if you don’t have the keys readily available. It is important that you realize that just because it could happen, or that you have been arrested for APC, your situation may not yield the exact same results as these cases. Like I said earlier if you leave this blog thinking that a certain factual scenario would be ridiculous to find someone guilty of, a jury of your peers, a judge, a prosecutor, or a DOT hearing officer may agree with you. If you are facing an offense such as this now or in the future, it is important to find an attorney who can advocate that you were not actually in hypothetical control of your vehicle. Whoops, I meant to say actual physical control.

If you have a criminal issue in North Dakota, please do not hesitate to call our Criminal Defense Team in Fargo at 701-297-2890. This article is only meant to provide general information and does not in any way constitute legal advice. 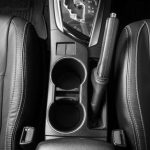 Do You Want One To-Go? 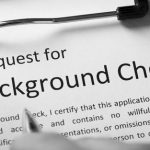