So you got arrested for DUI, posted bond, and got a court date at which you were told you need to appear. What next? In North Dakota, the next steps may depend on where you got stopped and/or who you got stopped by. This article focuses on the court process that typically follows after you get cited for DUI, as well as the administrative process regarding your license suspension.

There are two types of courts in North Dakota: District Court and Municipal Court. What court will be hearing your DUI case depends on a number of factors, which include: 1) which law enforcement agency arrested you; 2) how many prior DUI convictions you have had in the last seven (7) or fifteen (15) years (if you have had three prior DUIs within the last 15 years, you could be facing a felony-level DUI offense); and 3) if your jurisdiction has a municipal court. Being our firm is based in Fargo, and for the ease of following along, I will use our local agencies and courts as examples of this process.

If you were stopped by the North Dakota Highway Patrol, or the Cass County Sheriff’s Department, or if you have been convicted of two (2) or more prior DUIs within the last seven (7) years, the officer who arrested you will likely have given you a court date to appear for your “Initial Appearance” in Cass County District Court. District courts can have jurisdiction over any offenses occurring in the county. At your Initial Appearance, a judge will confirm that you understand your rights and what you are being charged with (you don’t have to agree with it, just understand what they are alleging that you did), and address bond (the money that you post or have posted so you can get out of jail pending trial). If you are facing a felony, the bond will not be set until you are in front of a judge. If you already posted bond at the jail for a misdemeanor offense, you likely won’t be having to put up any additional money to remain out of custody.

Additionally, if this was a misdemeanor-level DUI (your first, second, or third offense within seven (7) years), the Court will ask if you wish to plead Guilty or Not Guilty. If you plead not guilty, you will receive a new court date, which in Cass County is called the Misdemeanor Dispositional Conference. You will also receive a Scheduling Order, which is a document that tells you the deadlines that documents need to be filed and your tentative future court dates. If you plead guilty to a misdemeanor DUI, your case would likely be resolved that day. Your sentence could include a fine, jail time, home monitoring, community service, enrollment in the 24/7 sobriety program, and/or a chemical dependency evaluation, depending on how many prior DUI’s you have had in a seven (7) year period, and what the results of your chemical test were.

If your DUI is a felony-level offense (fourth offense or more within 15 years, or if other aggravating factors were alleged to be present, such as your driving conduct resulting in death) you will not enter a plea at your Initial Appearance. Instead, your case will be set on for a Preliminary Hearing, which is a hearing where the State must show there is probable cause for them to proceed with charges against you.

Alternatively, if you were stopped by a Fargo or West Fargo police officer, and you either don’t have a prior DUI conviction or have one prior offense within seven (7) years, your Initial Appearance will most certainly be occurring in Fargo Municipal Court or West Fargo Municipal Court. In North Dakota, municipal courts have jurisdiction to hear Class B Misdemeanor offenses, as well as traffic offenses. The Initial Appearance will be very similar to what I described above for misdemeanor offenses in a district court, but there are a few things that are important to know about the municipal court.

First, you do not have a right to a jury trial in municipal court. That means the judge is the one who decides whether the City of Fargo or West Fargo proved beyond a reasonable doubt you were driving under the influence. Second, the municipal court is also not a court of record. That means there is not a court reporter transcribing everything transpiring during your hearings. However, you can request, in writing, that your case is removed from whichever municipal court to Cass County District Court. You need to file this request within 28 days of the date of your Initial Appearance. If you do not make the request within this time frame, you will not be allowed to remove your case.

If you remove your case to Cass County District Court, you will then be able to have a jury trial, where six (6) of your peers will determine whether or not you are guilty or innocent of DUI. A court reporter will also be transcribing everything transpiring during all of your hearings, which is important, especially if you file a Motion, for instance, alleging that your rights were violated, or are having a jury trial. That way there is a record of what all of the witnesses at a Motions Hearing or Trial testified to under oath, in the event you wish to appeal the case, or if there is a discrepancy that needs to be reviewed. The downside of removing your case to the district court is solely monetary if you are convicted or plead guilty there, as the legislature requires that the Court, upon conviction or guilty plea, order you to pay court fees, which for a Class B Misdemeanor are $225 to $250. You can at any time prior to your jury trial; however, remand your case back down to municipal court if you wish.

What is important for you to know, as well, is if you retain an attorney prior to your Initial Appearance in either district or municipal court for a misdemeanor DUI, you can be excused from having to personally appear at this hearing, as well as most, if not all, future hearings. This is allowed under Rule 43 of the North Dakota Rules of Criminal Procedure, which allows for you to sign a document to waive your appearance at hearings and allow your attorney to handle your case. Neither the Court nor the prosecution thinks any less of you for doing this. Instead, it is merely a convenience mechanism for individuals who need to be at work, school, or elsewhere.

Finally, the other issue you will likely be facing after an arrest is suspension or revocation of your driver’s license by the North Dakota Department of Transportation. If you submitted to a chemical breath test at the jail or refused a chemical test, you likely will be given a “Report and Notice” form by the law enforcement officer. If you got your blood drawn or gave a urine sample, this may come in the mail for you. This Report and Notice form acts as your 25-day Temporary Operator’s Permit. Most importantly, is this form is your notice that the ND DOT is attempting to suspend your driving privileges. Once you are given this form, you have ten (10) days to request what is called an administrative hearing to challenge the suspension or revocation of your driving privileges. If you gave blood or urine and receive this in the mail, you have ten (10) days from the form’s mailing date to request the hearing. If you do not request the hearing within the ten (10) day time frame, you will not get a hearing and your license will be suspended automatically for the appropriate period of time depending on your chemical test results and how many (if any) prior times your license has been suspended for DUI previously.

If you request an administrative hearing, the DOT must hold a hearing within 30 days of the date that you were given (or mailed) your Report and Notice. At that hearing, a DOT hearing officer acts as the judge and the prosecutor. The arresting officer, and sometimes other officers involved in your stop and chemical test, are required to be there to testify about the circumstances surrounding your stop, arrest, and chemical test. You or your attorney would then have an opportunity to ask the officers questions, as well as present any evidence on your own behalf. After receiving the testimony of the officer, the hearing officer will determine based on a number of factors whether or not your license can be suspended. You can request a decision to be made on the spot, or you can allow the hearing officer to take the matter under advisement, and issue a decision within the near future. They must issue their decision within the 30-day time frame. If you allow the hearing officer to take the decision under advisement, the decision on whether or not your license will be suspended will be mailed to you.

In all, there are multiple nuances that go along with the administrative hearing process, as well as the criminal side of your case. DUI law is very specific, and a hypertechnical area of the law. Because of this, it is in your best interest to consult with and retain an attorney who can assist you through this process to ensure that your rights are protected, that the appropriate time frames are followed, and that no stone is left unturned in your DUI case. Furthermore, an attorney can assist you in not only your Initial Appearances but in what to do after you make them.

If you have a criminal issue, including DUI while operating a commercial vehicle, please do not hesitate to call our Criminal Defense Team in Fargo at 701-297-2890.

This blog is general information regarding this issue and is not intended to be an in-depth review of this rather complex legal issue. 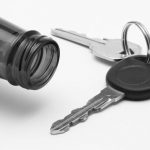 Your Right To Speak With An Attorney Prior To Submitting To A Chemical Test, North Dakota Edition