Home / Blog / Criminal Defense / Criminalizing Refusing To Take A DUI Chemical Test: How The U.S. Supreme Court Brought The States Back To Reality
4.8 Read Our Reviews 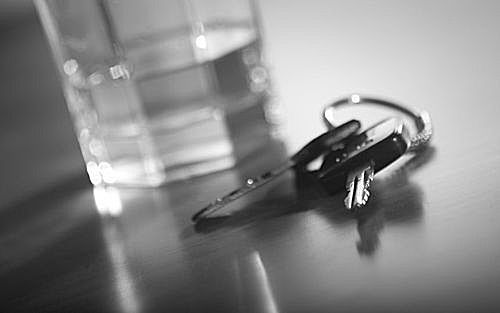 The United States Supreme Court recently heard oral arguments regarding two North Dakota cases: Birchfield v. North Dakota and Beylund v. Grant Levi, Director, N.D. Dep’t of Transp.; and one Minnesota case: Bernard v. State of Minnesota. These three cases were consolidated, i.e. put together by the Court, because they revolve around one issue that has been a major topic of DUI law in this country: Can states charge you with a crime for refusing to take a chemical test after you have been arrested on suspicion of DUI, or rather, does the arresting officer have to get a warrant in order to get a sample of your blood or breath? We don’t have an answer to the legality of either a blood or breath search yet, but let’s examine the real-world implications of what this decision appears to be dependent on.

First, you might be wondering, “why can’t they get samples of our breath or blood after a DUI arrest?” or in the alternative, “how on God’s green earth can they force us to get pricked by a needle without a warrant?” Here is the view from 10,000 feet regarding DUI chemical tests:

1) It is undisputed that blood tests and breath tests requested by an officer constitute a “search” for the purposes of the Fourth Amendment to the United States Constitution. Under this amendment, citizens are to be free from “unreasonable searches and seizures.” Individuals’ Fourth Amendment rights are extremely important, and the U.S. Supreme Court will not simply allow the States, or the Feds, to intrude on an individuals privacy rights without a valid warrant from a judge unless there is a public interest that outweighs an individuals privacy rights (i.e. public safety, officer safety, the fact that the evidence might be destroyed if the search doesn’t happen immediately, etc.).

2) Generally speaking, every law enforcement search (keep in mind this is a legal term, not everything constitutes a search) is unlawful unless: 1) a judge signs off on a search warrant allowing the officer to search the particular items (house, car, etc.), or 2) the search falls into an exception to the requirement that the officer must get a warrant. There are a number of exceptions, with a number of intricacies for each one as well. I’ll save those for another day, except for the relevant ones.

3) Broadly speaking, the Petitioners (the ones challenging the laws) in these cases are arguing that it is unconstitutional for States to be able to charge you with a crime if you refuse to give a sample of your blood or breath, and that if the officer wants a sample, they need to obtain a search warrant from a judge. On the other hand, the States are arguing that they don’t need a warrant because of what is called “implied consent.” Furthermore, there also was an argument made that these searches are lawful as “searches incident to arrest,” another exception to the warrant requirement.

4) DUI implied consent laws boil down to this: as a condition of having a license in [insert state], or if you are from out of state and are driving in that state, you are giving the state consent to obtain a breath or blood sample from you if an officer has met the legal threshold necessary to believe that you might be under the influence of alcohol or drugs. States believe this is a give and take, a contract between you and the State. That contract is the understanding that you don’t drink and drive, and if you do, you are giving up your right to be free from a warrantless search of your blood, breath, or even urine. This is important because consent is an exception to the warrant requirement that I touched on earlier. The only difference is, when you signed up for your license, you never signed anything that said you agreed to this. That is where the “implied” part of implied consent comes in. Additionally, we aren’t talking about losing your license for refusing in this case; we are talking about getting charged with a crime (don’t worry, you lose your license still, that happens too).

So, that is the short version of what gets us to April 20, 2016, Supreme Court Oral Argument on this issue. What happened at the oral argument, however, showed that the U.S. Supreme Court Justices were interested in not just deciding the issue on prior Opinions (their prior rulings on subjects similar) that they have issued, but they were just as interested, if not more interested, in getting answers to the real-world implications that would result from their decision. Unfortunately, at least in one writer’s opinion, the States didn’t do so hot in defending why they shouldn’t have to get a warrant.

For instance, the Supreme Court wanted answers to practical questions: How hard would it be to get a warrant in a state like North Dakota, as opposed to New York City, which has night court? Is it really that hard to get someone on the phone to approve a warrant, I mean, we are living in the 21st Century, aren’t we? What about the fact that in states, both densely and sparsely populated, officers can get warrants within 15 minutes? Why is it necessary for the Court to find an exception to the warrant requirement for chemical tests? Why do the States need this? Can’t the officer just call a judge on the way to the jail or on the way to the hospital? In reality, down on the planet Earth, how much more difficult does it make an officer’s job, or how much more does it risk catching a drunk driver, by getting a warrant? Does having to get a warrant greatly increase the chance that they won’t be able to stop other drivers, or obtain valid tests results from the arrestee? Don’t over 33, now inching to over 40, states have an electronic warrant system? What about the arrestee’s constitutional rights? How difficult is it to get a warrant, and how important is it that officers be allowed to obtain a test without having to get a warrant, compared to individual’s constitutional right to be free from these searches?

Sure, I paraphrased some of those questions. If you would like to read the exact questions, and the evasive answers, here is the entire transcript of the argument. However, this sums up how well it went for the States in short form: at one point, in order to clarify one of Justice Sotomayor’s questions, Justice Alito even referenced that Justice Sotomayor was assuming the States were going to lose and indicated that Justice Sotomayor was looking for a reaction. The States’ response was “I don’t like it. I don’t like it one bit.” It didn’t go so hot. It appears that instead of answering practical questions, the State’s moved to Plan B: The Chewbacca Defense.

But to be fair, that is because the Court wanted to know the reality of the situation, and the reality isn’t good for the States’ position: it is not that difficult to get a judge on the phone, from Alice to Zap, or from Ada to Zumbrota, in order to get a warrant. At least, not difficult enough to invade an individual’s privacy rights in order to get a blood draw without a warrant. The States didn’t have answers to these questions because there isn’t a good answer. If you learn anything from this blog, learn that “because we shouldn’t have to” isn’t sufficient enough to overcome one’s constitutional rights.

In order for the States to prevail on both the blood and the breath test, they needed to provide a reasonably compelling argument for why the Court should allow them to proceed without a warrant. Not only that, but they also need to show that because they don’t need a warrant, they can charge people with a crime for not letting an officer give them a chemical test. I don’t believe the States adequately provided that information. Due to this, my prediction is that the U.S. Supreme Court will require officers to get a warrant prior to a blood test.

However, due to the less intrusive nature of a chemical breath test, it is possible the Court may not be as restrictive on the States in that regard, thereby allowing warrantless chemical breath tests. This also brings up one elephant in the room that was barely skimmed over: what about on-site screening tests used at the scene for purposes of officer’s obtaining probable cause to arrest? These are more commonly referred to as “PBTs,” or Portable Breath Tests. These are not chemical tests, which I discussed in a prior blog article, but it is still technically a search. Additionally, in North Dakota, it is a crime to refuse to submit to this test as well, which coincidentally enough, you can “cure” a PBT refusal by submitting to the chemical test. What is the difference? Other than the machine and the reliability of the results, it is still your breath.

In all, a decision should be coming in the not so distant future. Let’s hope, for an individual’s constitutional rights, the Court decides the case the way they questioned it: that practicality matters, and practically speaking, if you want to search, you need to get a warrant.  It isn’t that hard after all.

If you have a criminal issue, including a DUI, please do not hesitate to call our Criminal Defense Team at 701-297-2890.

This blog is general information regarding this issue and is not intended to be an in-depth review of this rather complex legal issue. 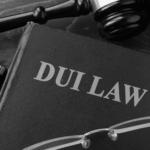 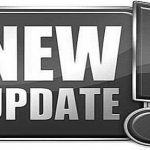