Home / Blog / Criminal Defense / Can You Get A DUI For Being High On Marijuana?
4.8 Read Our Reviews 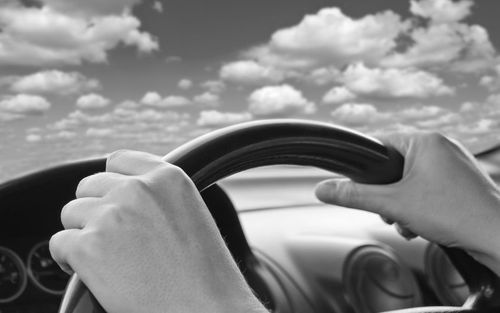 Have you ever heard of individuals “having the munchies” after they ingest marijuana? For those who aren’t following what “ingest marijuana” means, have you ever heard of someone getting the munchies after they smoke a joint? Hit a doobie? Toke the bong? Puff a left-handed cigarette? Okay, now you get it. Well, picture this: you smoke some of the “dopest dope you’ve ever smoked,” and decide you need a bag a Funyuns, like right now. The family size bag, not the fun size. You head over to the closest gas station. The next thing you know, you are getting pulled over because you forgot to signal before you made a turn. You don’t worry, because you think you are responsible and left your weed back at the crib. But you left the Visine in your bathroom and your red, bloodshot eyes, coupled with your giggling after the officer told you his name, made Officer Stoner very suspicious.

Officer Stoner asks you to step out of the car and wants you to submit to field sobriety testing because he believes you are high. You could have performed better on the roadside tests, and you get arrested for DUI, without drinking a sip of alcohol. How?

In North Dakota, it is illegal to drive or be in actual physical control of a vehicle under the influence of any drug or substance to a degree that renders that person incapable of driving safely, marijuana included. Where is the proof I smoked marijuana, you may ask? Well, much like in DUI cases involving alcohol, law enforcement is looking for a number of “indicators” of impairment from a controlled substance. For marijuana, these indicators may include bloodshot and watery eyes, the odor of marijuana, your admission to smoking marijuana, or a variety of other indicia.

The police officer may have you submit to standardized field sobriety testing as well, including the Horizontal Gaze Nystagmus test, the Walk and Turn test, and the One Leg Stand test. The Horizontal Gaze Nystagmus test is especially important from a law enforcement perspective. Nystagmus is defined as the involuntary jerking of the eyes. This is important because if an officer believes that someone may be impaired by drugs, but doesn’t know exactly what drug (perhaps because there is no readily apparent odor and/or no admission), officers can potentially eliminate some drug categories based on whether there is any noticeable nystagmus. For instance, some stimulants will not cause nystagmus. Marijuana also does not typically cause nystagmus.

Furthermore, after law enforcement arrests someone for driving while impaired on a controlled substance, they will likely ensure that a “drug recognition evaluation” is completed by an officer who is a trained “Drug Recognition Evaluator.” These evaluations involve twelve (12) steps and are designed to determine what drug or drug category an individual is impaired. In some jurisdictions, these evaluations have been deemed inadmissible in court because they are scientifically unreliable. Inevitably, whether it be field sobriety testing, the drug recognition evaluation, or other observations made by an officer, identifying and providing impairment through marijuana use is significantly more difficult when compared to alcohol consumption. This is why you will almost certainly be asked to submit to a chemical urine or blood test to identify whether you have a controlled substance in your system if you or another individual are arrested for DUI involving marijuana.

In North Dakota, you are not required to submit to a chemical blood or urine test without the officer obtaining a search warrant signed by a judge. This is because you have a constitutional right to be free from warrantless searches of your urine and blood. With a warrant, you have an absolute right to refuse a warrantless blood or urine test. Nonetheless, refusing a blood or urine test carries its own penalties, such as having your license revoked. Keep in mind, if you are requested to submit to a warrantless chemical test, it is advisable to invoke your limited statutory right to speak with an attorney prior to deciding what is in your best interests at that time.

What If I Legally Smoked The Marijuana?

In November 2016, this great state legalized the use of medical marijuana. Completely unrelated side note: all of a sudden I am having a hard time typing; I think I am getting Glaucoma. Okay, where were we? It is important that you are aware that the fact that you are or have been legally entitled to use marijuana is not a defense against a DUI charge unless the marijuana causing the impairment was used only as directed or cautioned by a practitioner who legally prescribed or dispensed the drug to you. However, once again, if you were advised that you should not drive while on your lawful dosage of marijuana, you can still be arrested and charged with DUI. So, consume your medical marijuana responsibly.

In North Dakota, you can be arrested and prosecuted for driving while under the influence of marijuana. Marijuana and DUIs involving other controlled substances are complex, and seeking legal representation may be in your best interests.

If you have a criminal issue in North Dakota, including DUI, please do not hesitate to call SW&L Attorneys in Fargo at 701-297-2890. This article is only meant to provide general information and does not constitute legal advice.