Home / Blog / Family Law / Moving The Children Within The State Of North Dakota
4.8 Read Our Reviews 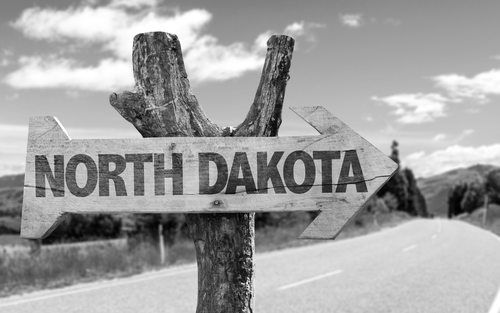 Moving The Children Within The State Of North Dakota

Parents typically (and correctly) assume that they cannot move their children out of the state of North Dakota without consent or court order. But what about in-state moves? Can a parent simply move the children to the opposite side of the state without approval from the other parent or the court?

A parent with primary residential responsibility cannot move with the children out of North Dakota without consent from the court or the other parent. This is clear from the statute (see N.D.C.C. § 14-09-07) and case law. There are some narrow exceptions (if the other parent hasn’t exercised parenting time for one year, or the other parent has already moved out of the state and is more than 50 miles from the first parent).

The rule makes sense and parents typically assume this kind of restriction exists. No one thinks one parent should be able to, for example, move children from North Dakota to Florida unless the other parent agrees. Otherwise, the noncustodial parent’s relationship with the children would potentially be drastically negatively affected at the whim of the custodial parent. Suddenly, his/her parenting time could go from every other weekend to 2-3 weekends per year he/she could afford to travel across the country.

Unlike out-of-state moves, there is no automatic statutory restriction on custodial parents moving children around within the state of North Dakota. This makes sense when you think about a parent moving, say, 20 miles. Typically, a move like that wouldn’t derail an ordinary parenting plan.

But North Dakota is a big state. If a parent moves from Pembina to Marmarth, he could put 500 miles and eight hours of driving time between the parents’ homes. The custodial parent could make this move without the other parent’s consent or an order from the court. That doesn’t make much sense, especially when, at the same time, a parent is restricted from moving one mile if that move includes crossing the Red River between Fargo and Moorhead, Minnesota.

What Can A Parent Do About In-State Moves?

The first option is to act prospectively by obtaining a proximity restriction in the parenting plan. When the parties are negotiating a stipulated parenting plan, or they are presenting the issue to the court at the trial, they might consider seeking a proximity restriction. This is a provision in a parenting plan which prevents the custodial parent (or both parents) from moving outside of a certain range. For example, if the parents live in Fargo, it might say that neither parent can move more than 20 miles from the Cass County Courthouse without the other parent’s consent or an order from the court. With that provision in place, the issue is addressed before it becomes a problem.

A third option is to seek a modification of the parenting time plan. After all, an in-state move of a parent has long been recognized as a “material change,” which is one of the requirements for seeking a modification of parenting time (see, e.g., Schroeder v. Schroeder). “What kind of modification of the parenting plan?” you might ask. After all, if the move was, say, from Bismarck to Fargo, and the children are school-aged, certainly the typical frequency of parenting time (every other weekend) is difficult to continue. The North Dakota Supreme Court has acknowledged this problem, holding that the “cost and distance” may make it “impossible to continue the same frequency” of parenting time, but the court can and must “restructure visitation” by granting less frequent but more extended parenting time (see Paulson v. Bauske). This might mean the noncustodial parent gets one weekend per month instead of two during the school year but is granted six consecutive weeks of parenting time during the summer to make up for the lost weekend time.

The North Dakota Supreme Court has perhaps created a path for modification in this situation by its holding in Kartes v. Kartes. In Kartes, the custodial parent (the mother) moved 2 ½ hours from the other parent (the father). The father had two blocks of seven days of parenting time each month; substantial time, but not quite enough to amount to equal residential responsibility. The Court held that the “inescapable practical effect” of the mother’s move was that the parenting plan was “rendered impossible” and the father’s parenting time would be substantially reduced. As a result, it constituted a “persistent and willful denial or interference with parenting time” which is an exception to the two-year modification rule under N.D.C.C. § 14-09-06.6(5)(a). The Court in Kartes based its decision on the “particular facts and circumstances” in the case, which included the long distance between the parties’ homes, a large amount of parenting time awarded to the father, and the fact that one of the children was scheduled to start school. The combination of these facts resulted in the holding that the mother’s move amounted to denial or interference with the father’s parenting time. In other words, it will not always be the case that an in-state move will mean the exception applies. If the move had been one hour away (instead of 2 ½), or none of the children were school-aged, or the father only had weekend parenting time, then perhaps the result would have been different. Each case must be evaluated on its own particular facts.

If you have questions regarding this topic, then seek the advice of a family law attorney. Contact the SW&L family law team at 701-297-2890 or email us at: info@swlattorneys.com. 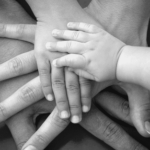 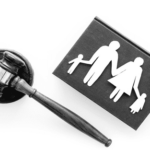