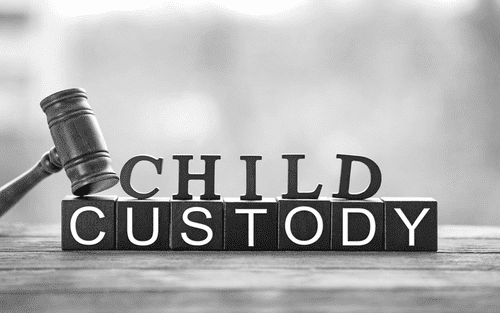 Parties commonly want to amend their divorce or custody judgment regarding where their child resides the majority of the time. Maybe their circumstances have improved. Maybe the other party’s circumstances have deteriorated. Sometimes the child has decided they would like to live with the non-custodial parent the majority of the time. Whatever the case may be, there are certain things a party wanting to amend a judgment must prove in order to change the primary residence of a child.

Prior to 1997, through the appellate process, the North Dakota Supreme Court had established the following two-stage analysis for motions to modify primary residential responsibility in North Dakota: 1) Has there been a significant change of circumstances since the prior residential responsibility determination?; and 2) Has the change of circumstances so adversely affected the child that it compels a change in custody to foster the child’s best interests? If the answers to both of these questions was “yes,” then a district court’s modification of custody would be upheld or “affirmed.”

a. On the basis of facts that have arisen since the prior order or which were unknown to the court at the time of the prior order, a material change has occurred in the circumstances of the child or the parties; and

What appears to be missing from the codified standard is the whole “you must show a material change adversely affected the child” thing. Indeed, for a number of years, we family law practitioners have not seen much regarding a requirement that in order to modify residential responsibility you must also show the child has been adversely affected in some way while living with his or her primary custodian.

Slappy (No, not that Slappy)

In Slappy v. Slappy, a case that was just decided in October 2021, the North Dakota Supreme Court explained that the word “necessary,” which is contained in the codified version of the modification standard, did not signal a departure from the standard embodied by the pre-1997 case law. Rather, the Supreme Court explained, it “essentially tracks the two-step approach previously used by this Court.”

The North Dakota Supreme Court cites two cases within Slappy, one from earlier in 2021 and one from 2018, to explain it has “expanded the requirement (for a modification of custody) to demonstrate the change in circumstances so adversely affected the child’s best interests that a custodial change is required to include circumstances where there has been a general decline in the condition of the child.”

Therefore, the North Dakota Supreme Court has recently made it clear that simply improving your circumstances as a party will not be sufficient to modify custody. Neither will a general decline in the primary parent’s circumstances. Although these examples don’t hurt your chances of modifying custody, a party must also show that a child’s condition has declined in order to successfully modify residential responsibility in North Dakota.

Navigating modifications of custody/residential responsibility can get complex. Before you spend your hard-earned money on a motion to modify your judgment, you will want to talk to a seasoned attorney regarding your odds of success.

If you need assistance navigating any family law issues, please contact us!