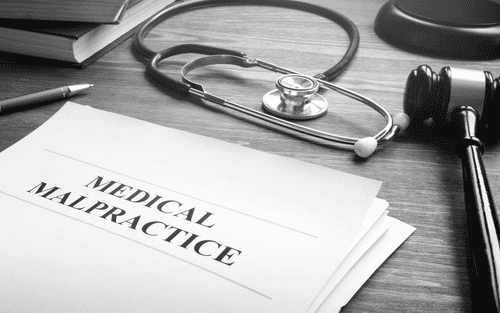 If a medical provider has hurt you or a loved one, filing a lawsuit can allow you to recover in two ways for the losses you’ve sustained: you can recoup what are referred to in the law as “economic damages,” and you can be awarded what are called “non-economic damages.” N.D.C.C. 32-03.2-04. In a prior blog article, we discussed the difference between economic and non-economic damages. You can read about that here.

The Limit On Noneconomic Damages In Medical Malpractice Cases

With respect to a health care malpractice action or claim, the total amount of compensation that may be awarded to a claimant or members of the claimant’s family for noneconomic damage resulting from an injury alleged under the action or claim may not exceed five hundred thousand dollars, regardless of the number of health care providers and other defendants against whom the action or claim is brought or the number of actions or claims brought with respect to the injury. With respect to actions heard by a jury, the jury may not be informed of the limitation contained in this section. If necessary, the court shall reduce the damages awarded by a jury to comply with the limitation in this section.

We have purposefully bolded and underlined the word “injury” in the law. We do not take it as given that the limit on non-economic damages in N.D.C.C. § 32-42-02 applies to medical malpractice cases where the medical malpractice has caused death. In fact, we believe just the opposite. When you read the word “injury” in the statute, what do you think it means? This is important.

The Illusory Limit On Noneconomic Damages In Wrongful Death Cases

The law is often unsettled, unclear, and always is in flux. Lawyers make arguments to Courts about what the law means in ways that are beneficial to their clients. Sometimes the Court clarifies the law or even changes it in favor of the client; sometimes it does not. Sometimes the arguments are strongly supported by existing law, and sometimes arguments must be made where there is little legal support. Fortunately, there are rules, laws, and guiding principles to follow when making arguments to the Court about what the law means.

Currently, the Personal Injury Team at SW&L is preparing to challenge the limitation on noneconomic damages in N.D.C.C. § 32-42-02 as it applies to death. This is one of those areas where the law is unsettled and unclear, but we believe our position is strongly supported by existing law and public policy. Included below is a concise overview of several reasons why.

The Plain Meaning Of “Injury”

When interpreting the meaning of a statute, Courts oftentimes look to the plain meaning of its words. In North Dakota, Courts refuse to add or remove words or phrases which the legislature did not include. It is assumed that when enacting a law, the legislature said all that it intended to say—no more, no less. In addition, Courts frequently reference Merriam-Webster’s Dictionary to help determine the plain meaning of a word.

In this case, it is our position that because “death” is not mentioned in N.D.C.C. § 32-42-02, it should not be added or written into the statute’s plain language. The word “injury” does not encompass the meaning of the word “death.” An “injury” is “hurt, damage or loss sustained.” “Death,” on the other hand, is “a permanent cessation of all vital functions: the end of life.” Where an injury has occurred, a loss has been sustained and there is a chance for healing, recovery, and life; where a death has occurred, there is no chance of recovery.

The Statutory Definition Of “Injury”

Another way Courts ascertain the meaning of a word in a statute is by looking to see if the legislature already provided a definition for it in another statute. In this way, one statute can serve as a kind of dictionary that guides a Court in determining what the words mean in law.

Taking it one step further, applying the ejusdem generis canon of construction to the phrase “or other harm suffered by an individual” yields a meaning that excludes death. Courts in North Dakota oftentimes employ the ejusem generis canon of construction to determine the meaning of a word. Ejusdem generis is a Latin phrase that means “of the same kind” and applies when a statute lists several persons or things and immediately follows the list with the phrase “or other.” What comes after “or other” should be of the same kind, and not of quality superior to or different from the persons or things specifically listed.

Here, however, a “death” is of quality both “superior to” and “different from” an “injury,” “illness,” and a “disease.” An injury, illness, and disease share the overriding characteristic that they are each a harm that persons who are alive may suffer from and potentially achieve recovery. A “death,” however, is clearly different: it is a permanent and catastrophic event from which there can be no recovery. Accordingly, we believe the phrase, “or other harm suffered by an individual” does not include death under the ejusdem generis canon of construction.

There are additional compelling reasons why the total amount of awardable noneconomic damages in a medical malpractice lawsuit is not limited to $500,000 where a death has occurred.

Recall the statute that allows us to be awarded economic and non-economic damages in medical malpractice cases, N.D.C.C. 32-03.2-04. That law clearly distinguishes a “wrongful death” from an “injury”—and it was enacted by the legislature 7 years before N.D.C.C. § 32-42-02. When enacting legislation, the legislature is “presumed to know the law,” and Courts in North Dakota generally harmonize the meaning of statutes “to give meaning to related provisions and to avoid conflicts between statutes.”

So, too, N.D.C.C. § 28-01-46—which requires an expert opinion to maintain an action based on medical malpractice except in obvious cases—was enacted in 1981 and distinguishes an “injury” from a “death.”

Finally, the way in which the North Dakota Supreme Court wrote about N.D.C.C. § 32-42-02 in its primary holding in Condon v. St. Alexius Medical Center supports our belief that the word “injury” does not include death. We discuss Condon v. St. Alexius Medical Center in a prior blog article, here. In Condon, when interpreting N.D.C.C. § 32-42-02’s constitutionality and holding that it was constitutional, the North Dakota Supreme Court notably referred only to “injured individuals.”

If you or someone you know has been hurt, or if someone you know has tragically passed away due to the fault of a medical provider, please give the Personal Injury Team a call at 701-297-2890 or send us an email. All consultations are free of charge, and any medical malpractice case is taken on a contingency fee basis only, meaning we only recover fees if we are able to get you compensation from the responsible party.

The information contained in this article and on this website is for informational purposes only and not for the purpose of providing legal advice. Each medical malpractice case is different, and this article is meant only to provide a summary of the law. You should contact an attorney to obtain advice with respect to your particular case.

How To Obtain Punitive Damages In North Dakota 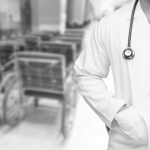