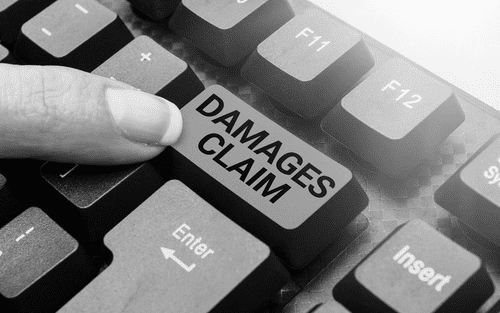 How To Obtain Punitive Damages In North Dakota

If another person or entity intentionally hurt you, defrauded you, or consciously affected a situation that harmed you, then you may have a basis for receiving punitive damages in a lawsuit against that person or entity.

Have you recently seen news coverage of a jury verdict in the multi-million dollar range? There’s a fair chance that punitive damages were part of the award. And if so, the jury almost certainly concluded that the defendant’s conduct was particularly blameworthy. Punitive damages are a hallmark of the American legal system whereby a jury has the opportunity to require that a defendant pay in a very palpable way for its harmful actions—as well as communicate to the public what conduct it believes is wrong and worthy of a substantial financial penalty. Accordingly, punitive damages have the potential to not only provide significant compensation to a victim, but also to effect real change in society in important and beneficial ways.

In North Dakota case law and statutes, punitive damages are referred to as “exemplary damages,” and may be awarded as a sum advanced as “an example to others.”

Amending The Complaint To Assert A Claim For Punitive Damages

Amending the complaint is the first step towards receiving punitive damages in North Dakota.

Under North Dakota law, in State court an injured plaintiff must first receive the Court’s approval to include a claim for exemplary damages by filing a motion with the Court to amend the lawsuit complaint to include a claim for punitive damages. A lawsuit complaint is the legal instrument which describes what the defendant did wrong and begins the litigation process. The motion to amend the complaint must allege an applicable legal basis for awarding exemplary damages supported by affidavits or deposition testimony providing “the factual basis for the claim,” and the Court “shall grant the moving party permission” to amend the complaint upon considering the evidence submitted and determining that there is “sufficient evidence to support a finding by the trier of fact that a preponderance of the evidence proves oppression, fraud, or actual malice.”

At the amending-the-complaint stage in the proceedings, an injured plaintiff “need not prove her claim” for punitive damages. In the American legal system, questions of law are decided by the judge, while questions of fact are determined by the jury. Thus, because the existence of oppression, fraud, and actual malice are questions of fact for the jury, requiring an injured plaintiff to prove them to the judge before trial “would usurp the fact-finding province of the jury and undermine the plaintiffs’ right to a jury trial on the punitive damages claim.” At this initial stage, the judge focuses on the evidence which favors the injured plaintiff and does not “resolve conflicts in the evidence.”

After the motion to amend the complaint has been filed, if the judge determines that a sufficient “preliminary showing” of oppression, fraud, or actual malice has been made, the judge will allow the complaint to be amended and the punitive damages claim to proceed in the lawsuit.

The vast majority of civil cases settle before trial—which means that you, as the injured plaintiff, would be compensated to relinquish whatever claims you have against the defendant. If the case does not settle or get dismissed, and proceeds to trial, the jury will be provided instructions on the meanings of the terms oppression, fraud, or actual malice—and determine if one or more of these terms applies to your case.

Moreover, the jury will be provided guidance for the meaning of these terms in the form of jury instructions. For purposes of awarding punitive damages, “oppression” is defined to mean “subjecting a person to cruel and unjust hardship in conscious disregard of that person’s rights.” It is “an act of cruelty, severity, unlawful exaction, or excessive use of authority.”

As a basis for awarding punitive damages, “fraud” is:

Finally, “actual malice” is “an intent with ill will or wrongful motive to harass, annoy, or injure another person.” Direct evidence of actual malice is not required. Instead, “the character of the act itself, with all its surrounding facts and circumstances, may be inquired into for the purpose of ascertaining the motive or purpose which influenced the mind of the party in committing the act.” Accordingly, “if that motive is found to be improper and unjustifiable, the law authorizes the jury to find it was malicious.”

At trial, an injured plaintiff must prove oppression, fraud, or actual malice at a “clear and convincing” level of evidence, which has been described by the North Dakota Court to mean “evidence which leads to a firm belief or conviction that the allegations are true.” If this evidentiary burden can be me, an injured plaintiff will then be entitled to a punitive damages award made by the jury.

You may be entitled to seek punitive damages if another person or entity intentionally hurt you, defrauded you, or consciously affected a situation that caused you harm. We empathize with what you’ve gone through, and while we cannot undo what happened, we are here to help. Please give the Personal Injury Team a call at 701-297-2890 or send us an email via the contact form below.

All personal injury consultations are free of charge, and any case for personal injury is on a contingency fee basis only, meaning we only recover fees if we are able to get you compensation for your harms and losses.

The information contained in this article and on this website is for informational purposes only and not for the purpose of providing legal advice. Each personal injury case is different. You should contact an attorney to obtain advice with respect to your particular case. 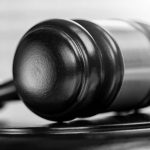