Home / Blog / Personal Injury / Why Can’t You Tell The Jury The Person Who Injured Me Has Insurance?
4.8 Read Our Reviews 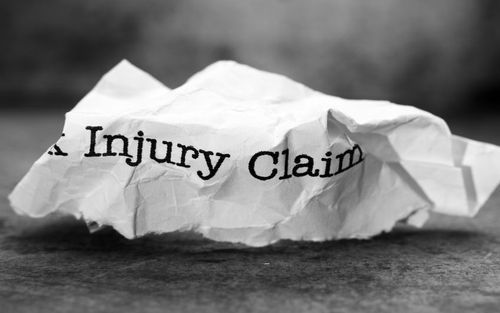 In personal injury actions in North Dakota, most of the time the person who is alleged to have caused injuries and damages to the injured party has insurance that covers all losses and damages that can be awarded at a trial. You would think this is a fact that the jury gets to know about so they don’t sit in jury deliberations and think, “How is this person going to afford these damages that are being requested?”

In most situations, however, the parties are NOT allowed to let the jury know that there is insurance available to cover all of the damages being requested. Let’s start with the rule in North Dakota to explain this better.

In every trial in the North Dakota State District Courts, the Rules of Evidence govern what evidence can come in and what evidence must be excluded from trial.

As it relates to insurance, Rule of Evidence 411 does not allow evidence to be provided to the jury regarding whether a party was or was not insured against liability in order to show that person acted negligently or otherwise wrongfully. What does that mean?

The North Dakota Supreme Court ruled in the Neibauer case that during a jury trial, disclosure of the fact that a defendant (the person being sued for causing the accident/injury) has or does not have liability insurance constitutes prejudicial error that requires mistrial or reversal of a verdict if properly objected to by the defendant. Wow, that is a harsh penalty, but it is meant to prevent any party from even thinking about bringing liability insurance up at the time of trial. All trial attorneys know this rule, so this really does not happen too often. However, there are times that a witness may say the word “insurance,” and if that happens, the Court has to analyze that particular case to determine if it was an instance that requires a mistrial or new trial.

Like I quickly learned in my grade school English classes, most rules have exceptions, and this one is no different.

Rule of Evidence 411 has specific exceptions that may apply depending on the facts of each case. The rule reads, “But the court may admit this evidence for another purpose, such as proving a witness’s bias or prejudice or proving agency, ownership, or control.” Now this evidence still can’t be admitted until the Court does a balancing test (i.e. balancing the relevance of the evidence against it unfair prejudice) under Rule of Evidence 403, but explaining that may bore a lot of folks, so let’s assume that it passes that test. Here are some examples of where the exceptions may apply.

If evidence of insurance is put forth to show that a witness who is testifying at trial is biased, it may meet the exception depending on the circumstance. If you have read my prior blog, you already know that sometimes the insurance company for the person who caused the accident and injuries will hire and pay a chiropractor or physician to “evaluate” the injured party, and provide his or her opinions as to the claimed injuries.

If that person’s opinions are brought in at trial by the defendant, an injured party’s attorney will likely (or should) cross-examine that witness by showing that it was defendant’s insurance company who paid him or her to render his or her opinions. That evidence can be considered as something that may make that witness biased to testify in a certain way in exchange for being paid or to continue to generate business from the insurance company in other cases.

Of the exceptions, this one is more narrow in my experience; however, there are situations where it could come up. For instance, assume a business pays cash for and titles a vehicle in the Vice President’s individual name (rather than the company) because they know that he or she has a tendency to text and drive while operating vehicles and they want to try to limit their liability for any accidents if possible. Now assume that while texting and driving the “company” vehicle, that person gets into a terrible accident that causes serious injuries to a group of people. It is likely that the insurance the person has on the car will not cover all of the damages caused, and it is necessary to bring in the company to attempt to cover all damages caused to give full and fair compensation.

As part of the lawsuit, one of the injured parties sues the company as well indicating that they were the owners of the vehicle and had knowledge of the dangers presented. Let’s assume the claim has merit, and the Court allows it to proceed to trial.

At trial, the company President testifies that it was not the company’s vehicle, and that they had no responsibility for it. At that point the attorney asks “Who paid the insurance on the vehicle?” It draws an objection, and the Plaintiff’s attorney tells the Judge that it is for the limited purpose of establishing agency, ownership, or control. Over objection, the evidence comes in, and the President admits they had paid for additional insurance on the vehicle since day one.

Each personal injury case is different, but it is important to hire a personal injury attorney who knows the rules to best serve you and your case. If you or someone you know has been injured by the negligence of someone else, contact our Personal Injury Team at 701-297-2890 or send us an email below. All initial consultations are free of charge, and if we represent you on the case, it is on a contingency fee basis, meaning you only have to pay our fee if we win money for you.