Home / Blog / Personal Injury / Wait A Minute, My Insurance Still Pays Even If I Am Not At Fault For A Car Accident In North Dakota?
4.8 Read Our Reviews 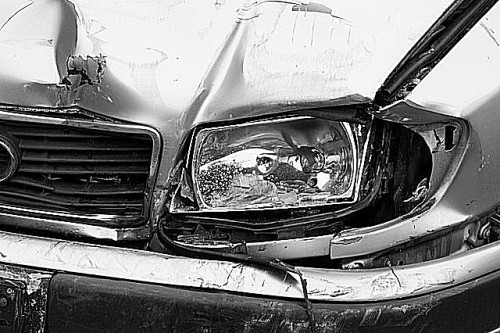 Fault is important to people who are injured in an accident, and rightfully so. If I am driving home from my office after a long day and somebody runs a red light and injures me, I not only want justice, but I want his/her insurance to pay. I don’t want my insurance to have to pay – I did nothing wrong! In North Dakota, it is not that simple.

No Fault Or PIP Insurance

Many clients are surprised when I meet with them following a car accident where they have been injured and tell them that their own insurance in North Dakota (assuming it is a North Dakota policy) covers their medical bills and/or lost wages up to the first $30,000. This is called no-fault insurance, and most insurance companies call it personal injury protection under their policies, or “PIP”.

PIP is supposed to protect people in case of an accident up to $30,000. The idea behind the insurance coverage is to provide protection for all people involved in accidents, regardless of fault. However, in practice, it has its flaws.

First, if you are injured and unable to work at all, North Dakota law caps PIP benefits for lost wages at $150 per week. See Here.

Who can survive on that? Setting aside rent/mortgage, car payments, insurance payments, utilities, cable, and the other things that you were able to pay while working, I’m not even sure I could survive on just over $20/day to simply feed myself (and not only because I like to eat). Now add a family to that, and it only complicates things even more. The issue has become that an adjustment has not been made for what it costs to live in 2016. Other states have caps such as $500 per week, which is at least more in the ballpark, even though not really enough for families to live on. At least it can provide some of the bare necessities.

Second, the insurance company that you paid premiums to has a statutory “right” to place policy language in the insurance policy to perform what they call an “Independent Medical Examination”. In my opinion, this is a bit of a misnomer, because there is nothing “independent” about it. The insurance company sends you to a physician/chiropractor who has never treated you following the accident. Instead, they have done a review of some medical records (provided to them by the insurance company), talked to you for about 10 minutes, and done a short exam.

I have reviewed enough of these “independent” opinions to know there is nothing independent about them. On top of that, when my clients get the report, they often times say “I didn’t say that,” and there is no way to dispute it. That’s why I recommend people record the meeting with this paid expert on a phone or other recording device. Sometimes you will get push back, but why would they object to being recorded? Likely because then there is proof of what actually was said.

Magically, the opinions I often see from these “independent” physicians/chiropractors (being paid by the insurance company) state that the injured person only suffered a soft tissue injury and should have recovered in 4-8 weeks.

I’m not surprised when clients say: What? They aren’t in my shoes? They don’t know what I go through? I was not even at fault for this, this has torn my life apart, and this guy/gal wants to tell me that I was not injured? How would they know? They didn’t even talk to my doctor/chiropractor/physical therapist who has been treating me, examining me, making their own medical diagnosis based on their own training, experience, and education. More importantly, making the decision that is best for their patient, ME! Additionally, I have been paying, monthly, ON TIME, all of my insurance premiums. I guarantee if I quit paying them, they would have canceled my coverage as quickly as possible. Why are they not looking out for ME????

Now, when it is time for the insurance company to step up to the plate to cover the injuries that you paid to have coverage for, you are all of the sudden abandoned. This makes no sense. Some may say I am biased, but it is unfair. At the very least, even if they get this “independent” paid “expert” to provide an opinion, why don’t they also talk to your treating provider(s) to get their thoughts or opinions? Perhaps I’m a cynic, but I think it is because they know they won’t like the answer.

So, now what? My insurance company only has to pay me $150/week for my lost wages, and they have said that I was not even injured once they apparently didn’t want to pay any more for my injuries. The good news is fault does matter. You still have a right to recover from the individual who has injured you through their insurance for unpaid medical bills (usually they fight on this), unpaid lost wages, and all of the pain and suffering you have gone through, so long as you have suffered what is defined by North Dakota law as a “serious injury”. A serious injury includes things such as a bodily injury that results in death, dismemberment, serious and permanent disfigurement or disability beyond sixty days, or medical expenses in excess of $2,500.00. See Here.

Claims Against The Other Insurance Company

Great, they will be reasonable, right? Not so fast.

Time and time again, I hear insurance companies for parties who are clearly at fault blame the person who was injured. Here is a top five list of things I often hear (and there are many more – I could be here for a day or more writing):

The fact of the matter is that each accident is different. Sometimes you see an accident with what appears to be catastrophic damage, and everyone walks away without a scratch. Sometimes, the smallest impact, when positioned a certain way, causes great pain and big injuries. There is no magic formula to injury; each accident and each person are different. But the insurance companies want to treat it as if it is formulaic, as if nothing really happened, as if you have not really gone through that much.

I often hear clients say I wish they would have to walk 10 feet (not even a mile) in my shoes, you have no idea how much this has hurt, caused me to suffer, caused my family to suffer as a result of me just not being able to be me. I’m not even supposed to be here. If the other guy/gal had just not run that red light, I would be living my normal day-to-day life and not have to worry about all of this. I would not have to miss work, would be able to play with my kids, wouldn’t be hurting, would be able to enjoy the physical activities I was able to do before.

The insurance companies make victims feel like it is their fault. They do this for one simple reason, to make you feel like your claim is not worth anything so that they can pay as little as possible. Surprise, what they care about is the bottom line. And they care quite a bit about it. In fact, I often tell my family when we are watching TV on holidays, I wish the insurance companies would commit to spending as much on paying real injuries/damage as they do on their advertising budget. They have no problem advertising to get the business, promising that they are the best company and protect their insureds or those injured, but I am in the trenches and know better.

What Can I Do?

How does a person push back then? I suggest the best way is to retain counsel who is used to fighting with the insurance companies, who doesn’t just accept what they are trying to say and who is willing to stick up for the victim. I am the attorney at SW&L Attorneys in Fargo who does personal injury and would love to talk with you if you have been injured in an accident. There is no charge for meeting with me, and if we enter into an agreement for me to represent you, no fees are charged to you unless we recover damages for you. If you would like to discuss a personal injury situation, call our Personal Injury Team at 701-297-2890 or send us an email below. 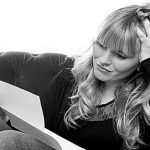