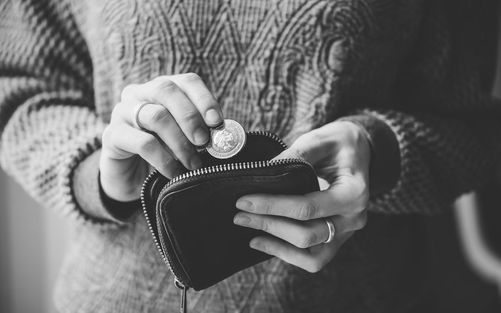 If you or your spouse has a military pension and are going through a divorce, you’re probably learning just how complicated this niche of family law can be. To understand how military pensions are handled in a divorce, you’ll need some clarification on military retirement benefits in general, federal and state laws, and the methods used to determine: 1) whether the pension can be divided between the parties, 2) the calculation method used to value the pension, and 3) how, and to what extent, the Court might decide the parties’ shares of the pension.

The vast majority of military personnel participate in one or both of two retirement benefits: the “Thrift Savings Plan” and “Military Retired Pay.”

The Thrift Savings Plan is the military version of a 401k: personnel can contribute to the account (which the government matches to some extent, depending on the type of account “fund”), contributions typically are tax-deferred, and can be withdrawn without penalty when the participant reaches the age of 59 ½. This benefit is not a “pension” and is not the subject of this article.

Military Retired Pay functions like a pension. The most common is the “High 36” program. A participant must typically serve in the military for 20 years, at which point, he or she can begin drawing a percentage (usually 50 percent after 20 years of service and 100 percent at 40 years) of the average of his or her base income for the 36 months of highest active duty pay. In other words, when a military member retires, he or she receives pension payments in perpetuity, which are based on their highest pay rate, and which can equal their enlisted pay, depending on years of service.

Federal And State Law On Divisibility Of Military Pensions

Now to the first important question: Can your military pension be divided?

Initially, the U.S. Supreme Court ruled that federal law prevented state courts from dividing military pensions in divorce cases. However, Congress enacted the Uniformed Services Former Spouses’ Protection Act (“USFSPA”) in 1982 – a law allowing states to make these divisions. The law doesn’t entitle a spouse to his or her partner’s pension, it only grants state courts the authority to divide pensions, if they choose to do so.

Each state has its own method of calculating the value of the military pension and determining which percentage of the pension should go to each spouse. In North Dakota, courts make an “equitable” or “fair” division of all property in a divorce, including pensions. Equitable does not always mean “equal.”

The court will determine the value of all the parties’ property, including assets brought into the marriage by each, and then divide the pension by considering, what’s known as, the “Ruff-Fischer” factors:

Typically, the court will only divide the “marital” portion of the pension (the value of the pension earned during the marriage). To derive this number, courts in North Dakota use the following equation (known as the “Bullock formula”):

(The non-military spouse would receive $25,000 of the pension)

There are two methods used in North Dakota for distributing a pension:

1. Divide the asset at the time of the divorce. This is a bit of a misnomer; a military pension cannot be divided outright. Instead, an actuary or other financial professionals will calculate the value of the pension to a certain dollar amount, and the court will make the military spouse pay that sum to the other spouse from other funds. Let’s say the marital portion of the pension is $100,000, and the court awards 50 percent to each spouse. The military spouse will have to give the other spouse $50,000 worth of funds or other assets or assume responsibility for $50,000 more marital debt than the other spouse, to “pay” this amount.

Which method the court will use depends on whether the value of the pension can be accurately calculated at the present time, and whether the parties have sufficient funds/debts to shuffle around to make an equalizing payment/offset.

Military pensions in divorces are complex. Determining the value of the pension and how the pension will be divided is best left to professionals. If you have a military pension and divorce issue, contact an experienced attorney. Call our Family Law Team at 701-297-2890 or email us at info@swlattorneys.com if we could be of assistance to you with this, or other family law matters. 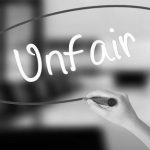 My Divorce Judgment Is Unfair, Can I Get A ‘Do-Over’?