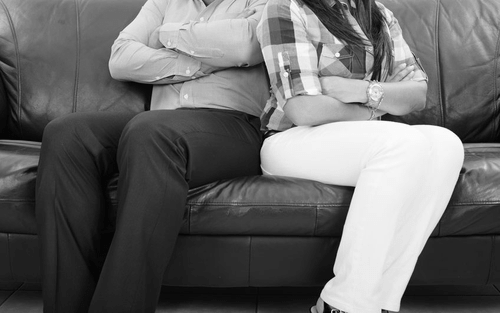 In order for a North Dakota court to grant a divorce, the case must fall under one of the two classifications of grounds for divorce: fault-based or non-fault-based. Non-fault-based simply means that the court does not need to find either spouse at fault to grant a divorce, only that irreconcilable differences exist (which I will further explain later). Fault-based, on the other hand, requires one spouse to show the court that the other spouse committed one of the six types of marital misconduct. Of the seven grounds for divorce in North Dakota, six are fault-based. In other words, there are seven instances where a court will grant a divorce. These are:

Adultery – Adultery is when one spouse voluntarily engages in sexual relations with someone other than their spouse during their marriage. The non-adulterous spouse must prove their spouse’s infidelity to the court.

Willful Neglect – Willful neglect is the failure of either spouse to provide for the common necessities for the other when that spouse has the ability to provide and the party alleging neglect does not.

Abuse of Alcohol or Controlled Substances – A spouse must show that their spouse abuses alcohol and/or illegal substances. This will most likely need to be proven to the court through evidence and witness testimony to show that it has persisted over time and has negatively impacted the other spouse and their children, if applicable.

Conviction of a Felony – If one spouse has been convicted of a felony and that is the reason the other spouse wants a divorce, that will generally satisfy this ground.

We Are Here To Help

If you have any questions regarding the grounds for divorce in North Dakota and question how they would play into a potential divorce, please do not hesitate to contact the Family Law Team with Severson, Wogsland & Liebl, P.C. at 701-297-2890 or email us at info@swlattorneys.com.