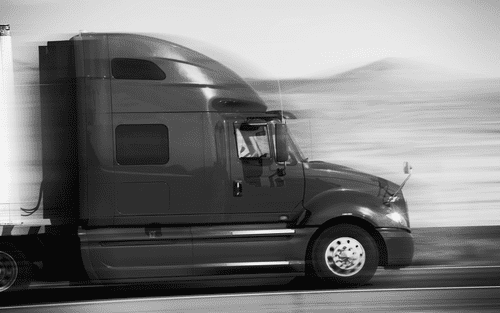 Winter Pileup Crashes- Who Is At Fault?

In the past two weeks, there have been two different multiple vehicle crashes on I-94 in North Dakota during a winter storm. Multiple vehicle crashes are sometimes called a “pileup crash”. No matter what you call them, the question often arises as to who is at fault for the crash if there are multiple vehicles involved. The correct answer is “it depends”, but often fault is spread between many different drivers. Because the rules of driving a semi are different and more stringent, a lot of fault falls on semi drivers and the company they drive for (as some companies pressure their drivers to stay on the road when they shouldn’t). Here’s why.

When you look at pictures from pileup crashes, multiple semis are often involved. Multiple semis were involved in the recent Casselton area pileup crash, as well as the Valley City area pile up crash. A huge thank you to the first responders and law enforcement who went to the scene and performed heroic work to rescue those involved. Here are pictures of some of the brave Casselton fire fighters who had to battle the terrible conditions to rescue people.

As we have stated on this blog many times, the rules that apply to semi drivers are different from drivers of regular cars. One of the reasons for the different rules is it takes much longer to stop a semi in winter weather. On top of that, most loaded semis weigh roughly 20 times what a regular passenger car weighs. So, when there is a crash between a passenger car and a semi, the results are often fatal or catastrophic. For this reason, the law requires that semi drivers exercise “extreme caution” when hazardous conditions caused by snow or ice affect visibility or traction.

Semi drivers are required to be able to stop in the distance they can see ahead of their semi for the traffic ahead. Meaning, even if a vehicle is stopped in the middle of the road ahead of them, they have to provide enough distance, and low enough speed, to be able to stop and not hit that vehicle. In the recent pileup crashes, the fact many semis were not able to stop by the time they saw the pileup shows they were at fault. Let’s look at some of the guidance and rules to show why.

The North Dakota CDL Manual (studied by truck drivers to obtain their commercial drivers license) Section 2.4.1 discusses that at highway speeds, semi drivers are to be looking ahead a quarter of a mile. In conditions like the recent storms, there is no visibility for a quarter mile ahead, so speed needs to be greatly adjusted to be able to stop in the distance the semi driver can see ahead.

As Section 2.6 makes clear, semi drivers must adjust their speed depending on driving conditions, including when traction and visibility are impeded. Section 2.6.2 discusses traction when dealing with slippery road surfaces, and provides the following guidance:

On top of that, Section 2.6.1 goes through stopping distances. As a recap from a prior blog, Section 2.6.1 states there are three things to take into consideration for how long it takes any driver to stop a semi: (1) perception, (2) reaction, and (3) braking distance.

It takes time for our brains to recognize something is going on. This is called perception time. From the time our eyes see brake lights coming on ahead, it takes time for our brains to perceive or recognize what we are seeing. This perception time under ideal conditions (great visibility) for alert drivers (fully rested, paying attention, no distraction etc.) is 1 ¾ seconds. At 55 miles per hour, a vehicle will travel 142 feet before the brain has even recognized something is going on.

After our brain has recognized something, it now takes time to physically react to what is going on. This is called reaction time, and under ideal conditions, the reaction time for an average driver is ¾ to 1 second. If a vehicle is traveling at 55 mph, that means that before a driver can react to the hazard, the vehicle will have traveled another 60-80 feet.

Semis take longer to stop than passenger vehicles. The manual discusses the time it takes (after perception and then reaction) for a semi to stop at 55 mph on dry pavement with good brakes, which is about 216 feet.

Total those all up for a semi traveling 55 mph in ideal conditions with an alert driver, and here is what you have for a stopping distance: (perception) 142 feet + (reaction-lesser of the two) 60 feet + (braking distance) 216 feet=418 feet. So under the very best conditions with the most ideal/alert driver, it takes well over a football field (including end zones) to stop, nearly 140 yards.

So, in white out, blizzard conditions, speed matters for being able to stop in the distance a driver can see ahead. If going too fast, by the time a semi driver sees trouble ahead, it’s too late and they are going to crash into the pileup crash, which is often deadly and catastrophic because of the increased impact force.

The Importance Of Speed On Stopping Distance And Force Of Crash

Section 2.6.1 goes on to discuss how speed affects stopping distances and the force of an impact in a crash. Consider the table below:

Now you may understand why semi drivers have to play by different rules while driving in blizzard conditions. They are driving a death missile that can’t stop in time once they recognize there is a pileup crash happening ahead. Poor visibility, coupled with slippery conditions, is a recipe for disaster when there are semis on the road.

If you or a loved one have been injured or killed in a crash involving a semi (including the recent pileup crashes), it’s important you hire an attorney who knows the special rules that apply to semi drivers. Our team at SW&L Attorneys knows those rules, and applies them to hold all parties responsible for the injuries or death involving semis. If you or a loved one have been in a catastrophic crash with a semi, and want to speak to an attorney to see if it had anything to do with safety, please give Nathan a call at (701) 297-2890 or email at nathan.severson@swlattorneys.com 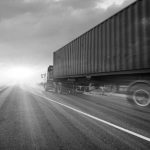 Safe Speed Is Important For Semis On The Road 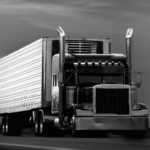 Driving At Night In A Semi 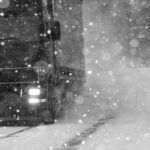 Tips For Driving A Semi In Winter Conditions 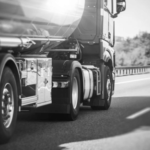 Rules For Operating A Commercial Motor Vehicle In Fog 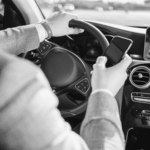 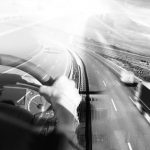 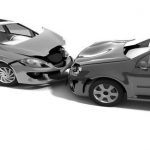