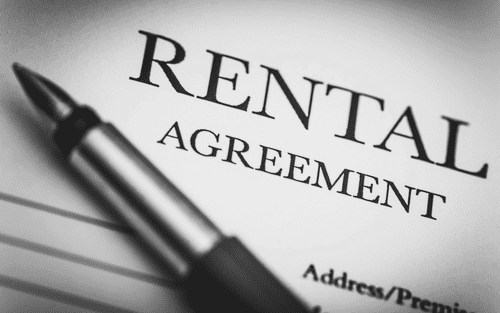 There is no getting around the fact that the COVID-19 pandemic has created turmoil in the economy as well as the job market. The unemployment rate for the United States skyrocketed during the height of the pandemic, jumping from as low as 3.8% to as high as 14.4% at the peak. Jobs, and by result money, have been hard to find. Although COVID is now waning and jobs have begun to return, a problem that has been kicked down the road is now beginning to see an impact. The problem is that the bills for many things, including rent, are coming due. People are facing evictions as landlords (who may not have been able to collect rent) are beginning to call in the debts of their tenants for unpaid rent. So far, it’s been a lose-lose situation for both tenants and landlords. In the chaos, many don’t know what is going on and the questions people are now facing are “what is a moratorium?” and “how has a moratorium impacted leases over the last year?” In addition, a reasonable follow-up question on everyone’s mind is “are the moratoriums constitutional, and can they continue to be extended?”

What Is A Rent Moratorium And How Has It Been Used During The Past Year?

Rent moratoriums were implemented during the course of the past year which have prevented landlords from evicting a tenant due to an inability to pay rent. They were implemented by Congress through the CARES act, which were extended by some States, and the Center for Disease Control (CDC). The motive for implementing moratoriums included a notion that people were facing unemployment or the inability to work as most businesses were closed for a period of time during the course of the past year. Several requirements were needed for the moratorium to apply. This included certain income levels, efforts to obtain housing assistance, a legitimate and substantial loss of income, etc. These moratoriums have delayed payments to landlords. This has hurt landlords, who often need rent payments to support their own families, pay workers, and maintain the premises to which they rent out. It has also hurt tenants because a rent moratorium is not the government equivalent to loan forgiveness. Those unpaid rents are not forgiven. Tenants still owe that rent and many Americans are now facing months of unpaid back rent coming due. In addition, with the expiration of the CARES act, tenants can also face fees and penalties for submitting late rent payments. As a result, millions of people in the next few months will be facing eviction and other property-based proceedings.

Are Moratoriums Constitutional And Can They Continue To Be Extended?

In its simplest form, the answer to both is, it depends. The CARES act moratorium is expired and many state moratoriums are beginning to expire as well. The CDC has now taken more action by attempting (again) to extend a federal moratorium by an additional 60 days for those who meet certain qualifying criteria. In the interim, a fierce legal battle has been waged between landlords and lawmakers attempting to implement such extensions. The legal battle has essentially been fought in three constitutional areas, the contracts clause, takings clause, and separation of powers.

Contracts Clause – The contracts clause of the constitution says that no state may pass a law impairing the obligation of contracts. It’s applicable here because a lease is a type of contract between landlords and tenants. First and foremost, this clause only limits States, not the Federal Government. Thus, constitutional challenges under the contracts clause should be against State moratoriums and not the ones implemented by Congress or the Executive Branch. This is why a challenge to the federal CARES act or CDC extension would fail on these grounds. Even in the realm of States, this limitation is not absolute. State interference with a contract (when the state isn’t a party to the contract) is constitutionally permissible when the state has a significant purpose for the interference and reasonable means to accomplish that purpose. This seems vague and wholly unhelpful, and it is. Court cases have come out both ways when attempting to analyze various sections of state moratorium statutes. Long story short, it is possible for state moratoriums to be found constitutional along with extensions. However, the longer such actions are taken, and the more COVID wanes, the less courts will be likely to find the means are reasonable to accomplish any state purpose.

Takings Clause – The takings clause of the constitution says that private property shall not be taken for public use without just compensation. This clause applies to the Federal Government through the fifth amendment, as well as States through the fourteenth amendment. When a taking is found, reimbursement comes from the government directly. Coversley, takings are less likely to be found, if pursuant to a public emergency (such as war, or potentially a pandemic). To break this down, a taking can be permanent, but also temporary. The degree and duration of government invasion is what courts often consider in determining if a temporary action (such as a moratorium) can constitute a taking. Such a taking is usually referred to as a type of regulatory taking, which requires substantial economic impacts on the property to be present. The next portion of the takings clause mentions public use. This can really be anything that the government reasonably believes will benefit the public. The property doesn’t have to go to the public at large but can be to the benefit of a private party (such as tenants) to have an indirect public benefit. Again, courts have come out both ways on this. Courts that have rejected such a challenge did so finding a lack of economic injury, either wholly, or substantial enough to interfere with investment-backed expectations in the property. In short, a takings claim is possible, but comes with the difficulty of showing economic damages severe enough to convince a court that a governmental taking has occurred.

Separation Of Powers — Lastly, there is the constitutional challenge pertaining to the notion that certain branches of the Federal Government are exceeding their powers. This argument has come in light of the new CDC attempt to extend expiring moratoriums for an additional sixty days across the country. This is not the first extension that the CDC has implemented, but there have been challenges on the notion that the CDC has lacked the ability to do this at all. To understand the conflict, one must understand the limits of the Federal Government. The legislative branch creates laws and the executive branches enforces laws. The CDC technically falls under the executive branch. Congress (the legislative branch) can create laws with mandates to give broad instruction and discretion to agencies (like the CDC) on how to enforce the law. In addition, Congress can delegate to agencies the ability to create regulations (which are enforced as laws), to help achieve the goals of the broader overarching federal law.

The problem is that the way the CDC is attempting to enforce federal laws may not be Constitutional. Congress is given specific instruction in the constitution of what they can, and cannot do. Congress may only delegate to the executive branch the powers granted to it by the Constitution, and agencies are further limited by the scope of their mandates.

This is where challenges to the CDC moratorium extensions fall. The CDC has cited the Public Health Service Act (42 USC § 264), which grants the Secretary of Health and Human Services broad authority to enact measures to prevent the spread of disease, as its basis for attempting to implement moratorium extensions. Challengers to this argue that the CDC is exceeding the scope of its mandate. These challengers argue that the CDC’s mandate only authorizes regulations “necessary to prevent the introduction, transmission or spread of communicable diseases from foreign countries into the states, or from one state into any other”. The claim is that a rent moratorium goes far beyond this, as moratoriums are not related to the transmission or spread of disease, only the residual effects of it. The Supreme Court did rule in a 5-4 decision earlier this year in favor of prior CDC’s actions. However, the deciding vote from Justice Kavannah came with the opinion that he voted in favor, in part, because the most recent extension was soon to expire. That was before this new self-initiated extension by the CDC was announced. This has caused a massive split in the courts with different outcomes on whether these continued extensions remain constitutional.

Overall, are moratoriums and their extensions constitutional? As we can see, the simple answer remains “it depends”. As indicated by split court decisions, constitutional arguments for both landlords and lawmakers have each seen success and failure. What we can take from this is that courts can only take cases one at a time and apply the constitution to the facts of each individual case.

For those in need of discussing their own leasing or other property rights issues please contact us!