Home / Blog / Common Questions / Can I Move My Child Out Of North Dakota Without The Other Parent’s Consent?
4.8 Read Our Reviews 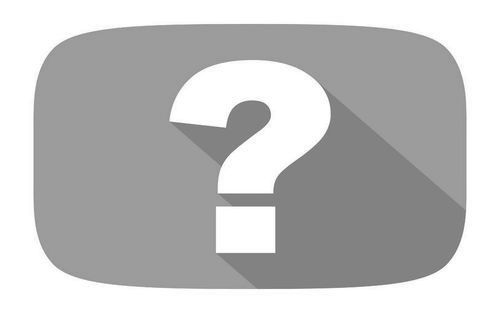 Can I Move My Child Out Of North Dakota Without The Other Parent’s Consent?

At the end of a custody case, whether it be by stipulation (agreement) or by court order after a trial, there are typically two different custody situations that result. The first, and probably the most prevalent, is the case where one of the parents has primary residential responsibility (custody) and the other parent has visitation. The next most frequent case is where the parties share time equally with their child i.e., equal residential responsibility. There is also the possibility you have not reached an agreement, which was formalized through the court system, or you have never had a trial so a judge could determine custody. In this situation, there is no court order establishing parentage or a custody/visitation arrangement.

If you and the parent of your child are no longer together, for whatever reason, and you want to move out of the state of North Dakota, your ability to leave will be highly dependent upon which of the above-listed categories you fall within.

This being said, the parent with primary custody who wants to move out-of-state with their child would not need either of these things i.e., permission from the non-custodial parent or the court, if the parent with visitation rights has already moved outside of the state of North Dakota (who would want to do that) and is living more than fifty miles from the child. Just as a point of reference, this would mean that if the non-custodial parent moved from Fargo, North Dakota to just outside of the city of Detroit Lakes, Minnesota, the custodial parent would be free to move wherever he or she wanted, without the necessity of obtaining permission.

What is weird about this law is the fact that a parent with primary custody can move from Fargo, North Dakota to Williston, North Dakota, or roughly 330 miles as the crow flies, and not need to obtain the non-custodial parent’s permission to move or a court order. Yet, if that same parent wanted to move to Moorhead, Minnesota, just across the river, that parent would be stuck with the necessity of having to obtain permission.

If you have a court order saying you and the ex have equal time with the child i.e., equal residential responsibility, the requirements are the same as listed above, except that you have an extra step. Like the prior situation, you will need the court’s permission or the other parent’s permission. But, in addition, you will also need to show that there should be a modification of custody. In this scenario, where the other parent gets half of the time with the child, it is much less likely that permission will be granted for the move.

Therefore, in order to gain a court’s permission, the parent wanting to move the child out of state with him or her will first have to prove the following four factors that weigh in favor of the move: 1) the prospective advantages of the move in improving the custodial parents and child’s quality of life; 2) the integrity of the custodial parent’s motive for relocation, considering whether it is to defeat or deter visitation by the non-custodial parent; 3) the integrity of the non-custodial parent’s motives for opposing the move; and 4) the potential negative impact on the relationship between the noncustodial parent and the child, including whether there is a realistic opportunity for visitation which can provide an adequate basis for preserving and fostering the noncustodial parent’s relationship with the child if relocation is allowed and the likelihood that each parent will comply with such alternate visitation. See Stout-Hawkinson Factors.

Next, you would also need to show that there has been a material change in circumstances and that it is in the best interests of the child to move him or her out of the state. As a practical matter, you are not only going to have to show the move is good for the child, you will also have to prove a modification of custody is best for the child — not an easy thing to do.

The No Established Order Situation

If there is no court order establishing a custody arrangement, then technically you are allowed to move wherever you would like without the need for any person’s permission, including a judge’s permission. Caution must be warranted in this situation because moving without addressing the needs of the child (like would be the case if a person up and moved from Fargo to Williston without involving the other party or the court), can be looked down upon greatly by a court. In other words, if you just move without getting the other party’s permission or without addressing the visitation schedule for the other parent, things could go very badly for you if the other parent decides they want to involve the court. Simply put, it is best to be open and accommodating regarding your intentions to move.

Like with most legal issues, the standard and outcome can vary greatly depending on the facts of your particular case and how you present them to a judge. You should call an attorney to help you navigate these issues.

Any of the experienced family law attorneys here at SW&L are happy to discuss this issue with you. You can reach our Family Law Team at 701-297-2890 or send us an email below.

The information contained in this article and on this website is for informational purposes only and not for the purpose of providing legal advice. 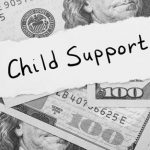 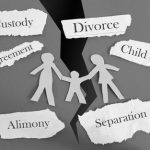 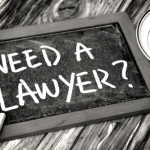 Do I Really Need A Lawyer For This? 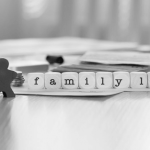 Do I Need A Family Law Attorney For My Child Support Case? 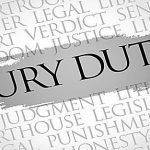 The “Ins And Outs” Of Jury Duty In North Dakota 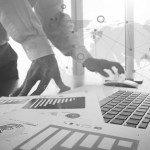 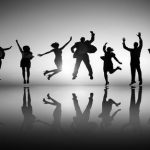 Make A Resolution To Be A Problem Solver 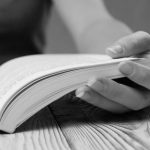 Applying To Law School? Starting Law School In The Fall? Advice From A Recent Graduate