On April 28, 2017, a jury of 9 entered a verdict finding a physician negligently treated his patient, causing her a total of $3.5 million in damages. The patient is a mother who recently gave birth, and while undergoing a procedure to examine the inside of her chest in front of her lungs, an artery that supplies blood to the brain was cut.

While the artery was eventually able to be repaired and the bleeding stopped, the mother had suffered a stroke, causing left-sided paralysis of her arm, leg, and trunk, as well as suffering significant brain damage. Through hard work and a long rehabilitation, the mother was able to regain some function but still continues to suffer from the injury.

In North Dakota, N.D.C.C. § 32-02.2-04(1) allows for recovery of the following economic money damages when someone has been injured or killed:

In addition to those damages, non-economic monetary damages that are able to be recovered under N.D.C.C. § 32-02.2-04(2) when someone is injured or killed include:

Of course, not every listed area of damages are applicable to every case, and a separate blog article will be dedicated to what each area means. However, this provides a good idea of the types of damages considered by the jury in its verdict in the case described above.

Back to the story, following a trial, the defendants filed a motion asking the district court Judge to reduce the non-economic money damages provided by the jury from $1.5 million to $500,000. North Dakota has a statute (N.D.C.C. § 32-42-02) that limits money damages for non-economic damages (like the ones listed above) in medical malpractice cases at $500,000, no matter how much the jury says is the proper amount to compensate an injured/killed patient or their family. In response to the motion, the mother’s attorney challenged the Statute, claiming it was unconstitutional.

The district court judge ordered that the limit on damages under N.D.C.C. § 32-42-02 is an unconstitutional violation of the equal protection clause of the North Dakota Constitution. The North Dakota Supreme Court has previously held in Hanson v. Williams County that equal protection requires that states treat an individual in the same manner as others in similar conditions and circumstances unless there is a need or interest served by such disparate treatment. An entire Constitutional Law class could be had here, but this is not the time or place.

In the mother’s case, the Court found the damages limitation applied to her case is a violation of equal protection, as the arbitrary reduction of her compensation for non-economic damages without regard to the severity of her injury did not bear any reasonable relationship to the legislature’s stated interests in passing the law and is therefore unconstitutional. I understand that is a mouthful, so let me try to digest it a bit.

States can treat folks differently in certain circumstances if the State’s interest in doing so meets certain standards of scrutiny set forth by the courts. For instance, in the case of the limit on noneconomic damages, the legislature’s stated purpose for enacting the law was to (1) increase access to health care, (2) control costs, and (3) maintain or increase quality. However, all of the testimony about the stated reasons did not provide proof that there was any such crisis, let alone show how this limit on damages would solve any of the purported issues. As such, there was no rational basis (lowest level of scrutiny) to not treat various injured people differently, and is therefore unconstitutional.

Here is how equal protection is triggered. In the mother’s case, she suffered severe and permanent injuries that will lead to a lifetime of non-economic pain, suffering, inconvenience, mental anguish etc. In fact, a jury of 9 people from the community heard all the evidence presented by both sides and made a unanimous decision that to fully and fairly compensate this mother, $1.5 million for non-economic damages was to be paid to her. If her damages were then limited to $500,000, she would only be allowed to recover 1/3rd of her total damages.

Let’s assume another case went to trial where someone was injured, fully recovered from their injuries, but went through 3 years of injury and recovery. A jury of 9 from the community hears the evidence and decides that in order to fully compensate that person for non-economic damages for the pain, suffering, inconvenience, mental anguish, etc., they should recover $500,000. In that case, they recover 100% of their compensation.

That is where equal protection comes in, the mother who was more severely injured is only allowed 1/3rd of damages under the statute, which this Judge found was unfair and arbitrary.

I anticipate that in the case discussed above, the defendants will appeal the case to the North Dakota Supreme Court, who will have the final say about whether the statute is constitutional or not. In the end, hopefully, this mother is allowed to recover the full amount of compensation a jury unanimously decided was necessary to fully and fairly compensate her for the serious and lifelong injuries she has suffered. While the damages won’t make the injury go away, it will certainly provide the resources necessary to live as normal a life as possible with the injury and limitations she and her family now face.

If you or a family member have been injured while being treated by a healthcare provider, and are looking to consult with an attorney, please give the Medical Malpractice Team a call at 701-297-2890, or email us below. All consultations are free of charge, and any case for medical malpractice is on a contingency fee basis only, meaning we only recover fees if we are able to get you compensation for your injuries. 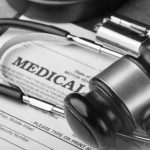 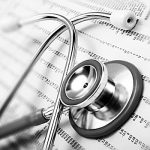 5 Things To Know About Medical Malpractice In North Dakota