Home / Blog / Family Law / Can I Keep My Farmland If I Get Divorced?
4.8 Read Our Reviews

Farmland is a precious asset that not only carries with it a monetary value but, a lot of times, a large sentimental value as well. Whether or not it is divided among both parties in a divorce is largely dependent on the factual scenario of each case. That being said, there are some factual scenarios that are more typical than others. Therefore, by using the more common (hypothetical) scenarios below, you may be able to get an idea of what a North Dakota Court could do with your farmland in the event of a divorce.

Donald Trump (not “that” Donald Trump) moved to North Dakota in 1870 and created a homestead on 40 acres in Cass County. Nathan Trump, the son of Donald Trump, through his hard work and skill as a farmer, grew that farm from 40 acres to 2000 acres – simply “huge.” Nathan’s only son, Adam Trump, has worked on the farm his entire life, and although he doesn’t own it yet, a will drafted by Nathan Trump’s lawyer, gives the farm to Adam upon Nathan’s death.

Adam was lucky and found the love of his life, Marta, when he was just 18 years old. They married immediately. Although Adam waits on Marta hand and foot, Marta eventually files for divorce from Adam after a 20-year marriage, and prior to the death of his father, Nathan.

Michael Jordan (yes, that Michael Jordan) also moved to North Dakota in 1870. He was a wise businessman and knew that investing in farmland would be lucrative for him and his descendants. Michael had a son, Ronnie Lott, who had a son, whose name is Greg Liebl. Because of the untimely deaths of Michael and Ronnie, Greg has already inherited or purchased the land from his family and has been farming it for several years now.

Greg also found the love of his life, Angelina; however, after 20 years of marriage, Angelina met a new guy, Brad, and also files for divorce.

So what happens to the Trump and Jordan/Lott/Liebl farmland when these parties divorce?

As most can already guess, Adam’s land is likely going to stay in his family, as it is not likely going to be considered in the divorce given the fact it is not in his name yet. This situation could change significantly, however, if Adam’s father had used a Trust instead of a Will. Call the family law team at SW&L to find out more.

Greg’s situation is a little more complicated given the fact the land is already titled in his name at the time of the divorce.

In Greg’s situation, the North Dakota Supreme Court has often recognized the importance of preserving the viability of a business operation like a family farm. See, e.g., Marschner. As such, it appears as though a court in North Dakota will try to keep the Jordan/Lott/Liebl farmland together and with Greg in the event of divorce. So, you may be asking: “Well, if Greg is going to keep the farmland, what happens to Angelina?”

The North Dakota Supreme Court has addressed this question as well. Greg will probably have to pay Angelina an equitable amount to make up for the large income-producing asset (i.e., the farmland) he is to receive. See Heley. In other words, Angelina will likely receive an amount that is commensurate with the value of the family farmland Greg receives in the divorce.

The bottom line is that the result, like with most legal issues, varies greatly depending on the facts of your particular case and how you present them to a judge. You should call an attorney to help you navigate these issues.

Any of our experienced family law attorneys here at SW&L are happy to discuss this issue with you. You can reach our Family Law Team at 701-297-2890.

The information contained in this article and on this website is for informational purposes only and not for the purpose of providing legal advice. 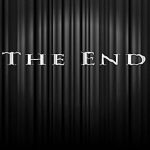 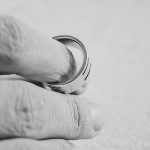 What? My Husband Already Divorced Me? 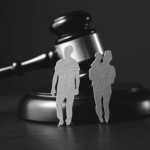