Home / Blog / Resources / What To Expect When Your Contract Is Breached
4.8 Read Our Reviews 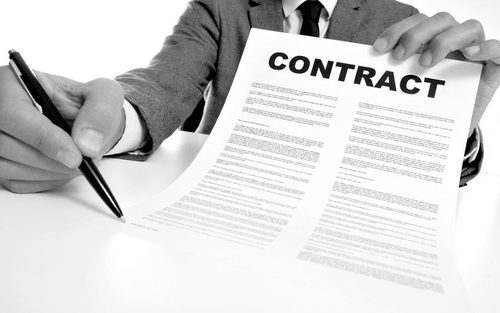 What To Expect When Your Contract Is Breached

The Unsavory Truth About Contracts During a Pandemic

The current Coronavirus (COVID-19) pandemic has turned our way of life on its head. People are working from home, if they are allowed to work at all, as business interruption is commonplace. The government is providing relief to those who cannot work. Schools are closed and teachers are trying to implement online distance learning with students on the fly. Significant sporting events are postponed or canceled.

From a legal standpoint, all these events have one thing in common – contracts. There are more important things to worry about right now, but when life returns to normal, the reality of lost sales, lost profits, lost business opportunity, lost wages, and insurance claims will appear. When parties to a contract cannot perform their obligations, lawsuits occur. However, we are not in uncharted waters.

Yes, pandemics have happened in North Dakota before and may not be as unprecedented as some are claiming. It was the Influenza Pandemic of 1918, aka The Spanish Flu, and it occurred during the middle of World War I. This article by Stephen McDonough of the Bismarck Tribune, written in 2017, does a remarkable job detailing the history of that pandemic and its effects on North Dakota. The article is worth your time. Of particular interest to yours truly, the leading graphic is a poster by the U.S. Public Health Service with the following ways to prevent the spread of influenza:

Sound familiar? And during this pandemic, the case of William Sandry, a school bus driver, arose in Williams County.

Sandry v. Brooklyn School Dist. No. 78 of Williams County, 47 N.D. 444, 182 N.W. 689 (1921) was a case brought by William Sandry (on his behalf and on behalf of three others) against the Brooklyn School District to recover compensation owed under a bus driver contract with the District. The contract required Sandry to transport students and teachers to and from the school during the school year, beginning September 23, 1918. The school was open for two weeks in September and October. But then, for a period of 13 weeks from October 7, 1918, to January 3, 1919, the school was shut down due to the pandemic of influenza. During this time Sandry did not perform his duties as a driver because there were no students or teachers to transport to and from the school.

The District paid Sandry and the other drivers during the time the school was open but not during the time the school was shut down. The lawsuit was started by Sandry to recover compensation owed during the thirteen-week shutdown. The trial court judge instructed the jury that Sandry performed his legal obligations under the contract if he was ready to go at a moment’s notice when the school reopened. The jury found in favor of Sandry and awarded him and the other drivers $775 in compensation.

So What? I’m Not a Bus Driver

As I write this, federal and state governments are mandating the closure of nonessential businesses to prevent the spread of COVID-19. As businesses are shuttered and people can’t go to work, companies and people will be unable to perform their contractual obligations. What happened in 1918 is happening again.

A breach of contract is the nonperformance of a contractual duty by one party. A force majeure clause may help allocate that risk. The doctrine of frustration of purpose or the doctrine of impossibility may be a defense to that breach. Frustration of purpose occurs when, after a contract is made, one party’s obligations are frustrated without that party’s fault by the occurrence of an event that completely changed the party’s ability to perform. Red River Wings, Inc. v. Hoot, Inc., 2008 ND 117, ¶ 56, 751 N.W.2d 206. Impossibility occurs when a party’s performance of a contractual obligation is made impossible or impracticable by the occurrence of an event that was out of that party’s control. Id.

Whether you are the party attempting to enforce obligations of a breaching party, or you are the party defending against your breach, it is important to look to the language of the contract. The parties’ contract may already speak to these situations. If it doesn’t, common law may provide either enforcement of the contract or a defense to the breach. Regardless of which party you are, it is important to know what claims or defenses could be made because of the parties’ inability to perform contractual obligations during this pandemic.

If you need help enforcing contracts or defending nonperformance during these times, please contact us!