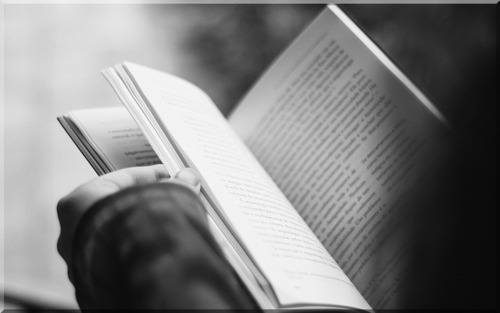 My first solo merger/acquisition wasn’t an easy one. The parties were miles apart on the terms and didn’t like each other. I was on the seller side, and my negotiating partner on the buyer side was clearly annoyed with how excited I was to be mixing it up with him in this deal. He spoke in three word sentences. He preferred faxes to emails. He didn’t like taking my calls, and I called a lot. His negotiation style could be called “being angry.”

At one point in the negotiation, we demanded a term, which was met with a simple “no”. Ok. No counteroffer, and no reason for no counteroffer. His strategy was to grind me down by being difficult. But we had to close, and we had to have this term. Deadlock. Now what?

Internet time, that’s what. More specifically, I wanted to know: (1) who the consensus experts on negotiation were; (2) what they knew; and (3) how I could learn what they knew to break this deadlock. Not surprisingly, several individuals have thought deeply about the negotiation strategies and tactics. Lucky for me, these thinkers were also authors, and they were willing to sell me this knowledge for the low, low price of $9.99 per book. Yes, please. Thank you, capitalism.

The ideas in these books worked. The deal closed. My clients were happy. High-fives were given. I wasn’t fired. These ideas work and continue to work. I owe that closing and many other business transactions to these books.

The broad point is that someone, somewhere has very likely thought longer and harder about whatever problem you might be having. That person may have written a book about it. Books are almost like cheating – these individuals spend their professional life crafting ideas based on experience and research, then I can come along, pay $10.00, and get caught up. Not really all that fair.

The narrower point is that these books can help anyone with negotiating, and everyone can benefit from knowing more about it. Buy these books and read them. That’s free advice.

Getting To Yes: Negotiating Agreement Without Giving In By Roger Fisher & William Ury

The BATNA concept is, basically, a concept of leverage. If you don’t have leverage and your counterpart has leverage, then you are going to have a bad time. Like with most things in life, preparation is everything. Developing your alternatives before engaging in the negotiation process will lead to a better result.

Getting to Yes is a no-nonsense, how-to book. Key passage:

Any method of negotiation may be fairly judged by three criteria: It should produce a wise agreement if agreement is possible. It should be efficient. And it should improve or at least not damage the relationship between the parties. (A wise agreement can be defined as one that meets the legitimate interests of each side to the extent possible, resolves conflicting interests fairly, is durable, and takes community interests into account.)

Influence: The Psychology Of Persuasion By Robert B. Cialdini, Ph.D.

Tactics are just as important as strategies. Dr. Cialdini’s book focuses on the psychological principles of influence – what they are, how they work, and how you can use them to your advantage (or prevent people from exploiting you). Dr. Cialdini calls them weapons of influence, and they fall into six basic categories: commitment and consistency, reciprocation, social proof, authority, liking, and scarcity. People use these tactics to gain compliance, and the reasons why they work are rooted in human psychology.

Key passage for why humans are susceptible to these “weapons of influence”:

In fact, automatic, stereotyped behavior is prevalent in much of human action, because in many cases it is the most efficient form of behaving, and in other cases it is simply necessary. You and I exist in an extraordinarily complicated stimulus environment, easily the most rapidly moving and complex that has ever existed on this planet. To deal with it, we need shortcuts. We can’t be expected to recognize and analyze all the aspects in each person, event, and situation we encounter in even one day. We haven’t the time, energy, or capacity for it. Instead, we must very often use our stereotypes, our rules of thumb to classify things according to a few key features and then to respond mindlessly when one or another of these trigger features is present.

Sometimes the behavior that unrolls will not be appropriate for the situation, because not even the best stereotypes and trigger features work every time. But we accept their imperfection, since there is really no other choice. Without them we would stand frozen—cataloging, appraising, and calibrating—as the time for action sped by and away. And from all indications, we will be relying on them to an even greater extent in the future. As the stimuli saturating our lives continue to grow more intricate and variable, we will have to depend increasingly on our shortcuts to handle them all.

Mr. Shell focuses on what he calls the six foundations of effective negotiation: (1) personal bargaining styles; (2) goals and expectations; (3) authoritative standards and norms; (4) relationships; (5) the other party’s interests; and (6) leverage. He then breaks down the stages of negotiation so you can prepare for them. Preparation is a familiar theme in each of these books.

Mr. Shell illustrates his foundations and steps through real-world stories. He weaves stories in that involve Mahatma Gandhi, J.P. Morgan (the banker, not the bank), Andrew Carnegie, John D. Rockefeller, Sr., Benjamin Franklin, and even Mr. Donald Trump. These types of books are often too abstract without stories, and Bargaining for Advantage tells them well.

The point of this article is to generate interest in these books, so I’ll close with a key passage about why learning about this subject might be important for people other than people like me who get paid to negotiate:

When we hear the word “negotiations,” most of us think about formal, even dramatic events involving diplomats, politicians, sports and entertainment personalities, CEO’s, Wall Street deal makers, and labor lawyers. These negotiations are the “blockbusters” of bargaining: staged affairs conducted by trained, experienced professionals for the benefit of specific audiences.

These high-profile bargaining contests are important, but they are relatively rare occasions even for the experts involved in them. The real negotiating work most of us do takes place in a myriad of ordinary events that happen every day, mainly out of view except to ourselves and those closest to us. These less visible negotiations include those between medical staffs and patients’ families in hospital corridors over care for loved ones; closed-door battles over control and power between feuding business partners; tense bargaining sessions among corporate executives over which divisions and employees will face downsizing at their firm; and the back-and-forth discussions that take place at kitchen tables as parents and children give operational meaning to words such as “independence” and “responsibility.”

These negotiations matter just as much as the “big deals” do. And the people involved in them—reasonable people trying to do their jobs and make their lives work—need reliable, expert knowledge about the negotiation process to help them become more effective. That is why I wrote this book—to help you make negotiation a ready tool for achieving goals in every facet of your business, community, and personal life.